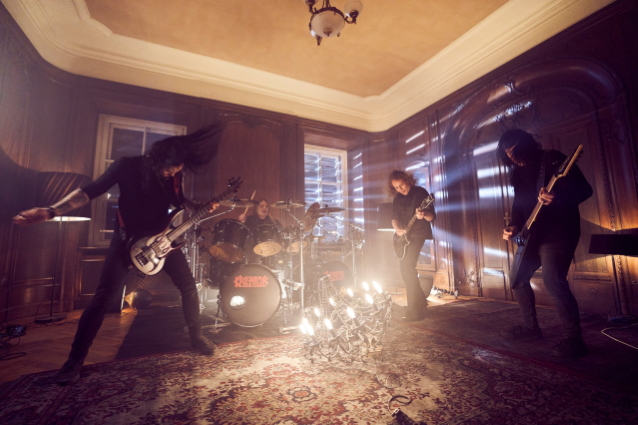 German thrash metal veterans KREATOR have surprise-released a new single, "666 - World Divided". The official music video for the track can be seen below. The song was produced by Andy Sneap and Markus Ganter and was recorded at Hansa Tonstudios in Berlin, Germany.

A limited-edition seven-inch single featuring "666 - World Divided" and the LAMB OF GOD song "Checkmate" will be made available on April 10 via the KREATOR webstore and Nuclear Blast mailorder.

Comments KREATOR guitarist/vocalist Mille Petrozza: "After more than three long years, we are more than happy to present you our brand new single '666 - World Divided'. The message of this song is more important than ever: we have to stick together in this more and more divided world. Take care and most importantly: stay metal! We can do it all together. We are one!"

Before hooking up with KREATOR, Leclercq rose to fame with U.K.-based extreme power metallers DRAGONFORCE for whom he handled bass duties from 2005 until last August.

When his addition to KREATOR was first announced in September, Leclercq said: "Joining KREATOR is an honor as well as a huge step up in my musical journey. I've been friends with Mille for over 15 years and a lifelong KREATOR fan. I have to pinch myself every day to believe that I'm now a part of one of the best and most influential bands in the genre. I look forward to the many adventures ahead and getting well acquainted with the legendary KREATOR Hordes!"

Added Petrozza: "Firstly, we would like to say thank you to Speesy for his time in KREATOR over the last 25 years. We have accomplished so much, and I sincerely wish him the best in his future! A new chapter for KREATOR beckons; Bienvenu Frédéric Leclercq! Fred represents a new focus and hunger within KREATOR and we're extremely excited to have him a part of the KREATOR family. Not only is he an exceptional musician but a great human being which made the decision to have him join the band very easy!"

KREATOR's previously announced "State Of Unrest" European tour with LAMB OF GOD and POWER TRIP was postponed in the wake of the coronavirus (COVID-19) pandemic. The trek was scheduled to kick off on March 27 in Stockholm, Sweden and conclude on April 25 in London, England.

KREATOR released a new live set, "London Apocalypticon - Live At The Roundhouse", on February 14 via Nuclear Blast. The effort was professionally filmed and recorded on December 16, 2018 at the Roundhouse in London, England.

KREATOR's most recent album, "Gods Of Violence", came out in early 2017. 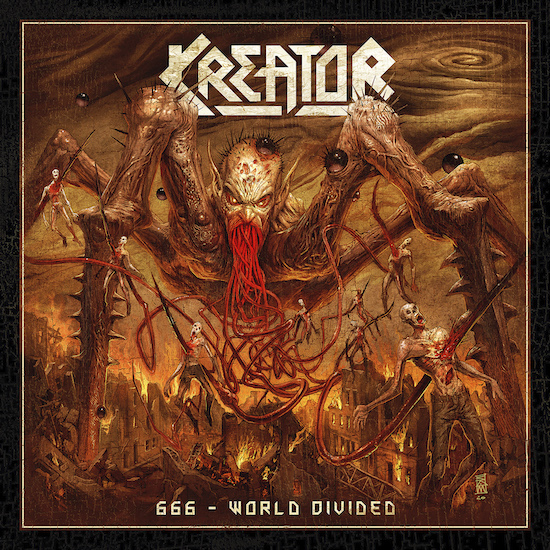