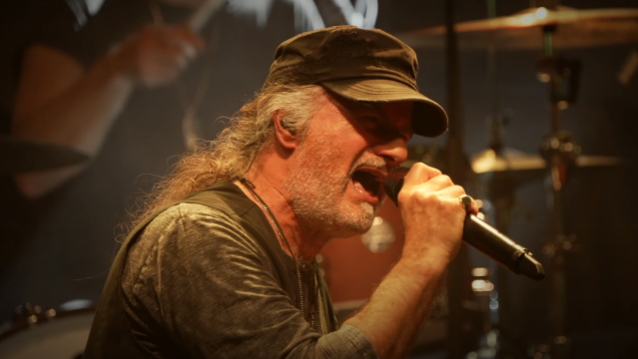 Legendary Swiss hard rockers KROKUS will play a special concert on September 10 on the steps of the St. Ursus Cathedral in Solothurn, Switzerland. In addition, Solothurn will honor the band with a "Stone Of Honor" on its 2000th anniversary.

KROKUS said in a statement: "We are happy to be honored by our hometown after all these decades. It has been a long journey and we have carried the name of Solothurn into the world again and again. Solothurn became the secret capital of Swiss hard rock. We would like to thank everyone who made this possible."

KROKUS has also announced a return to the "holy ground of rock" in Switzerland, the Hallenstadion in Zürich, where the group will perform on May 6, 2023.

Two years ago, KROKUS postponed its last-ever concerts in USA and Canada due to the coronavirus pandemic that is sweeping the globe. The 13-date trek was originally scheduled to kick off at Canton Hall in Dallas, Texas on September 18, 2020 and conclude at Whisky A Go Go in West Hollywood, California on October 10, 2020.

Earlier this year, KROKUS singer Marc Storace explained to Rock Show Critique why he and his bandmates toured America so infrequently over the course of the last 20 years. The 70-year-old musician said: "Well, it starts with the work permits. And they cost money. Then the tax. Then the booking fees, the percentages, the renting out of equipment, buses, hotels and everything. So if you've gotta do a club tour, you can't even pay for all that. We haven't been there for a long while, so we don't expect to come over and do a headliner tour in stadiums; we're far from that again. Because in the meantime, there's a lot of water under the bridge. And that's how it is. The status sinks because there's no longer promoters who believe that you're gonna bring in the money back for that. I guess that's the way it is. It's like a vicious circle. You have to come over one day and get the ball rolling again and then come back the next year and the next year to reach the status that you are used to. And you have to also release a new album to accompany that. And the new album isn't enough. Albums don't sell anymore. There's Spotify — all these parasites around — streaming, which don't give you your money's worth."

Formed in 1975, KROKUS has sold over 15 million records, toured the world, and received gold and platinum discs in the USA and Canada. KROKUS was also the first Swiss band to sell out Hallenstadion and has received a diamond disc for selling one million albums in Switzerland alone.

In the course of its career, KROKUS has rocked over 2,000 shows on five continents, countless cities, unique locations, crazy gigs, and loyal fans.

KROKUS has reformed !! The band will play a (due to Corona) postponed Open-Air Concert commemorating the 2000th Jubilee...