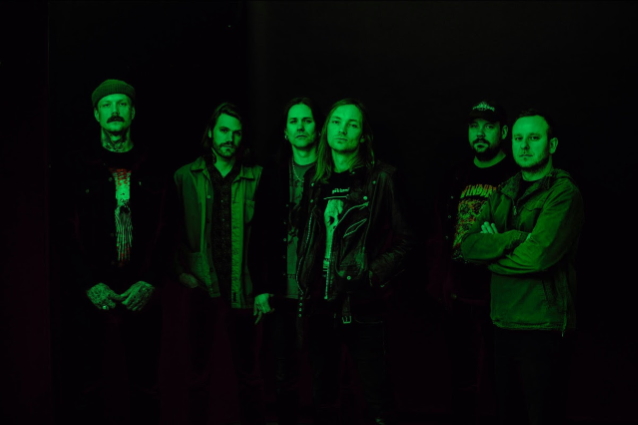 Rise Records has announced the signing of Norwegian rockers KVELERTAK. The band will release its new album, "Splid", on February 14, 2020. The follow-up to 2016's "Nattesferd" will mark the band's first release since the departure of longtime frontman Erlend Hjelvik and addition of Ivar Nikolaisen.

The first single from the disc, "Bråtebrann", can be streamed below.

"We are very excited that our new album, 'Splid', will be released through Rise Records and we look forward to being a part of the Rise family in the coming years," the band says. "'Splid' ('discord' in English) is a deep dive into western gluttony, our own stupidity, and the abyss of the earth."

"Splid" was recorded with Kurt Ballou at Godcity Studio in Salem, Massachusetts.

"Working with Kurt again has been amazing and we're extremely happy with the production," the band continues. "We've pushed ourselves to the edge this last year — musically, physically, and mentally. The result is one hour of catchy riffs, punk rock, and heavy metal influenced by a world in discord to accompany our way towards Ragnarok."

KVELERTAK guitarist Vidar Landa told Ireland's Overdrive that the singer switch "was seamless in a way. We knew that Erlend wanted to quit and do other stuff," he said. "We were lucky that we had that close connection with Ivar. He's been part of KVELERTAK for a long time and has sung on a few tracks for us in the past, doing backing vocals. We've toured together in the past also so he was really the only one that we were thinking of to replace him when Erlend was first talking about leaving. Luckily, Ivar wanted to do it and it's all just fit really well, thankfully. It would have been much harder to go through the audition process and undergo that process of looking for a new vocalist. We were very lucky for the way it all happened."

Nikolaisen made his live debut with KVELERTAK in July 2018 at the Fjellparkfestivalen in Flekkefjord, Norway.