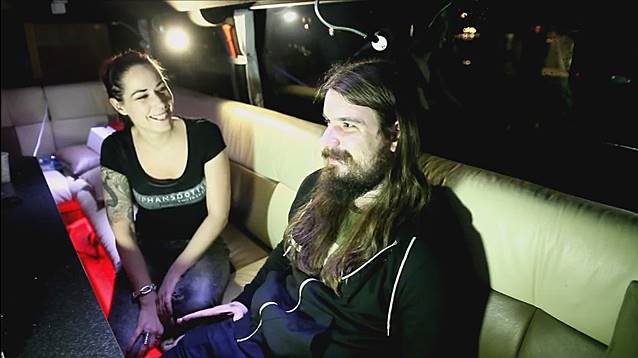 In February 2014, Sweden's Rocksverige conducted an interview with singer Erlend Hjelvik of Norwegian rockers KVELERTAK in Gothenburg. You can now watch the chat below (in Swedish/Norwegian, with English subtitles).

KVELERTAK was honored in the "Metal" category at the 42nd annual Spellemann awards (the Norwegian equivalent to the Grammy Awards). The largest and oldest Norwegian music awards show was held on January 18 at Konserthus in Stavanger, Norway and was broadcast live on the Norwegian channel NRK1.

KVELERTAK's sophomore album, "Meir", topped the official chart in Norway. The CD, which sold 1,800 copies in the United States in its first week of release, was issued on March 26, 2013 via Roadrunner Records. It was produced by CONVERGE's Kurt Ballou and features cover artwork by John Dyer Baizley.