The follow-up to KXM's 2014 self-titled debut is currently available for pre-order via the Rat Pak web site in various bundles, including signed CDs and t-shirts.

All fans who pre-order the album through the Rat Pak web site will be entered to win a one-of-a-kind custom guitar as well as other prizes.

"Scatterbrain" was recorded at the Steakhouse studio in North Hollywood, California. The 13-track effort was helmed by Chris "The Wizard" Collier (FLOTSAM AND JETSAM, PRONG, LAST IN LINE),who also produced KXM's debut.

From the infectious riff of the album opener "Scatterbrain" to the outro of "Angel", KXM has created something truly special and musically diverse. Songs like "Breakout", "Calypso" and "True Deceivers" are sonically different from each other, taking the listener on a musical journey.

Recorded over the span of ten days, every song on "Scatterbrain" was the result of a musical jam from all three members playing together in the same room. Luzier explains: "We wanted to use the same formula as the first KXM record: book studio time, come in fresh every day with a new idea and run with it and not overthink anything." Lynch describes the sessions as record-topia: "We showed up in the studio, camped out with a bunch of gear and let the tape roll! Just like the first album — no pre-production, no rehearsal, no pre-written songs." Pinnick adds: "The vibe was like a bunch of old friends having fun creating music like the previous record — nothing but fun!"

"I had a birthday party for my son and invited a bunch of friends and musicians," Ray said. "Doug and George ended up in my home studio picking up my guitars and jamming around a bit. George said, 'We should all do a record together sometime,' and I said, 'That would be a dream come true!'

"I've been a huge KING'S X fan for decades and have been following George and had respected his playing for decades. We just tried to figure out everyone's schedules to make it happen. I give it up for George for being so persistent in getting this going. KORN tours all year, every year, and with Doug and George's crazy schedules, it's just awesome that we made it happen. I'm very pleased with the result."

Lynch said: "When you're working as a pro musician in L.A., you're frequently running into other players who you know and respect. A lot of times, the 'dream band' conversation comes up. It's fun to talk about. A lot of times, it's the alcohol talking. But the reality for most of us is that we're locked into other commitments and obligations that in the cold light of day don't really afford us the time or flexibility to pull off these projects that look great on paper.

"I'm not trying to take credit here, but I gotta honestly say I was determined to follow through and at least push hard enough to see if we could get any momentum going. Ray jumped right in and was obviously really excited about making it happen, despite his insanely busy schedule with KORN. I think for Doug, it was sort of like, 'Well, yeah, sure, I'll invest some time and energy into this,' but I don't think he realized how profound and potentially musically rewarding and even important KXM could become. But as the writing and recording started to happen and evolve, he became like a little kid in a candy store!" 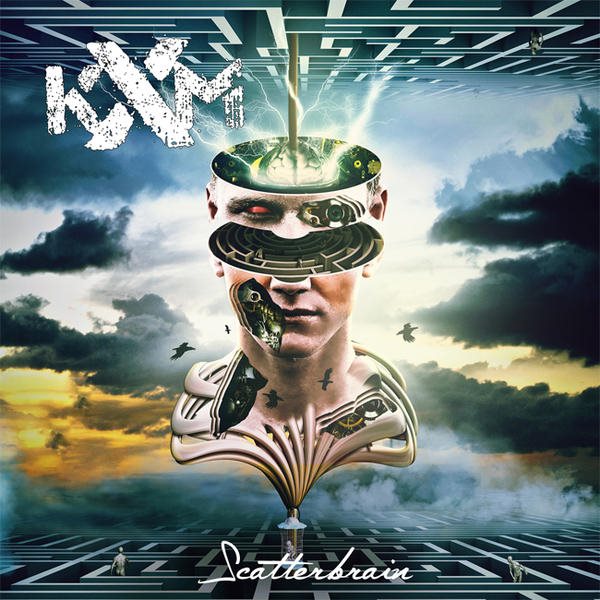