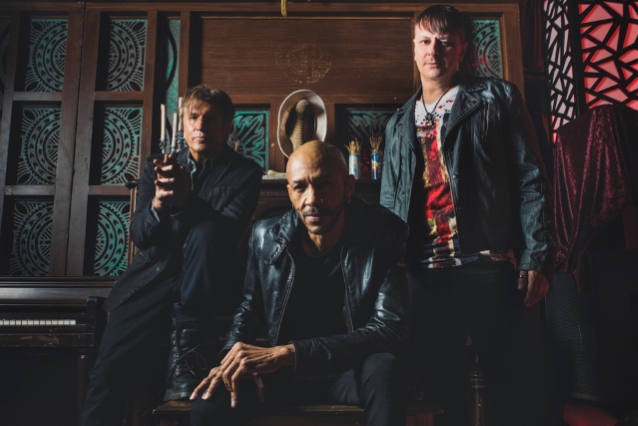 "Time Flies", the new video from KXM, the band featuring bassist/vocalist Doug "dUg" Pinnick (KING'S X),guitarist George Lynch (LYNCH MOB, DOKKEN) and drummer Ray Luzier (KORN),can be seen below. The song is taken from KXM's upcoming third album, "Circle Of Dolls", which will be released on September 13 via Rat Pak Records in the U.S. and Frontiers Music Srl in Europe. The disc was recorded at Steakhouse Studio in North Hollywood, California with co-producer/engineer Chris Collier, who also helmed the group's first two releases.

"Circle Of Dolls" is currently available for pre-order via the Rat Pakweb site in various bundle configurations, including turquoise-and-black splatter vinyl, cassette and hand-autographed CD packages.

Luzier comments: "There's a certain energy that happens in the studio very quickly when George, Doug and I get together and jam. This is our third record and it was recorded with the same formula as the first two albums — no pre-written ideas; we just come up with totally fresh grooves and riffs and not overthink anything. We definitely didn't repeat ourselves, but you know for sure who it is when you hear it. All three records have their own unique character."

Lynch explains: "It's better than the first two albums. It's insane. The magic is there, the chemistry's there and we're just sitting here patting ourselves on the back, telling each other what geniuses we are."

Pinnick adds: "I hope everyone enjoys listening to it as much as we enjoyed recording it."

From the infectious riff of the album opener "War Of Words" to the album finale of "The Border", KXM has yet again created something truly special and musically diverse. Songs like "Lightning", "Big As The Sun" and "Cold Sweats" are sonically different from each other taking the listener on a musical journey. "Circle Of Dolls" is a darker record, thematically, than KXM's first two albums and builds upon the band's established rock sound with thought-provoking lyrics, catchy guitar riffs and rock-solid grooves.

KXM — which derives its name from a combination of its members' other projects (K from KORN, X from KING'S X and M from LYNCH MOB) — issued its self-titled debut in 2014. The 13-track follow-up, "Scatterbrain", was released in March 2017. 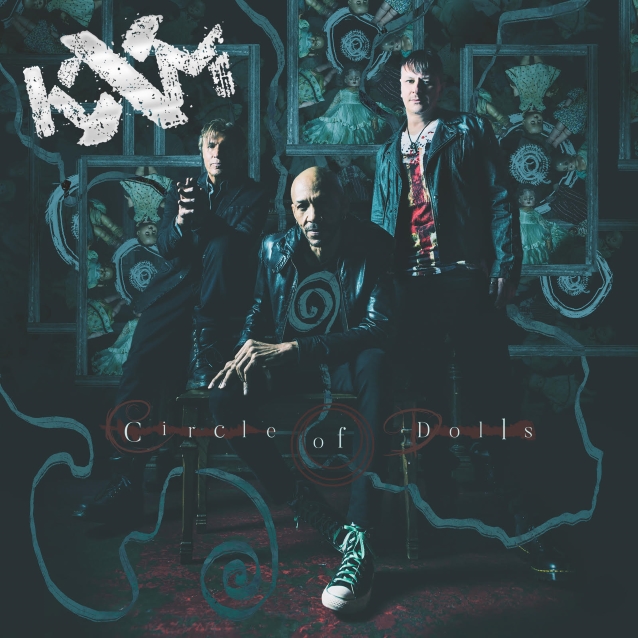