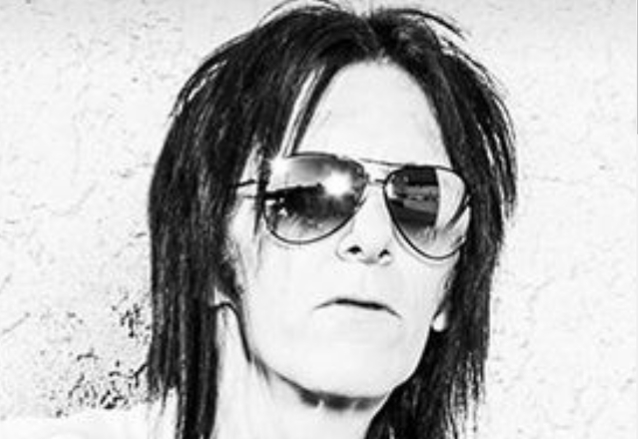 L.A. GUNS drummer Steve Riley has reflected on the passing of Eddie Van Halen, saying that the death of the legendary VAN HALEN axeman was a "big loss."

Riley discussed his appreciation for the groundbreaking musician in a brand new interview with Anne Erickson of Audio Ink Radio. He said (see video below): "It's huge — it's just huge — because he's not just a huge musician; he's a huge part of L.A., too, and all of us, too. I mean, QUIET RIOT opened the door in '82, but really VAN HALEN in '78, being an L.A. band.

"I was fortunate with Eddie, too, because when I moved out to L.A. in '77, I was friends with the '70s band ANGEL. I don't know if you remember ANGEL. They were from the '70s, and they were like the white KISS on Casablanca Records. And they were one of the bands that were kind of big out here from '75 to '80. VAN HALEN was really good friends with them, and it was before they got signed. And I came out here. I was such good friends with ANGEL, 'cause they're from the East Coast, and I grew up with them. I came out to play with Mickie Jones, the bass player from ANGEL, and he was really good friends with Eddie Van Halen. This is before their first album came out. So I got to hang with Eddie during the '77-early-'78 thing. A funny story is that I went to the Starwood — it's a club that used to be here in Hollywood — and, it was me, Mickie Jones and Eddie Van Halen, and we went to see Randy Rhoads play.' It's insane, looking back on it right now, because of how big and legendary those two guys [Randy and Eddie] have become."

Riley continued: "Eddie invited us to the Whisky to see his show, and I got to see the first [VAN HALEN] album at the Whisky. And I went to the Pasadena Civic Center to see one of their famous shows before the album came out. So I got to hang with Eddie in the early years. And then he became so big, and it was like a natural progression. You almost don't see see each other. You're working so much, and he became such a giant star that he landed on another planet. But losing him, and losing Frankie Banali [QUIET RIOT], were big, big losses this year. Frankie was a good friend of mine, and just losing both of them, it's huge."