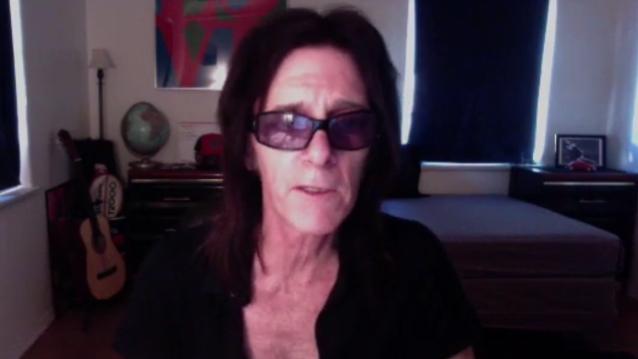 L.A. GUNS drummer Steve Riley spoke to Diane Webb of YesterdazeNews.com about what the concert industry will look like post-pandemic. He said (hear audio below): "When it does start up in 2021, and it's totally open, everybody is back to normal, I think it's just gonna be a blast. I think because everybody has had a thirst for it and had to wait for seeing live shows, I think that it's just gonna go off and be just a great time out there once everything starts to open up again. We've gotta also kind of worry about how they're gonna play these shows. Is it socially distanced shows? Is it just 25-to-35-percent capacity? We really don't know how they're gonna have to play it. But right now, we'll take anything. As long as it starts getting up and going again, we're all down and we're ready to go."

He continued: "We might release a couple of more singles before we go out in March. And March could be us wondering if that's gonna even happen. It could really be pushed back to May, or even into the summer, with the way this vaccine is going, and how slow it's going, and whether they will be able to get it to the public and everybody feeling comfortable about going out again too. So, there's a couple of things that have to be checked off before everything gets going. And we've just got our fingers crossed. We're hoping everything goes smooth."

Riley's version of L.A. GUNS released its debut album, "Renegades", on November 13 via Golden Robot Records. This version of L.A. GUNS is not to be confused with the band led by guitarist Tracii Guns and vocalist Phil Lewis, which issued two well-received albums, "The Missing Peace" and "The Devil You Know", plus the live release "Made In Milan", under the L.A. GUNS name over the last three years.