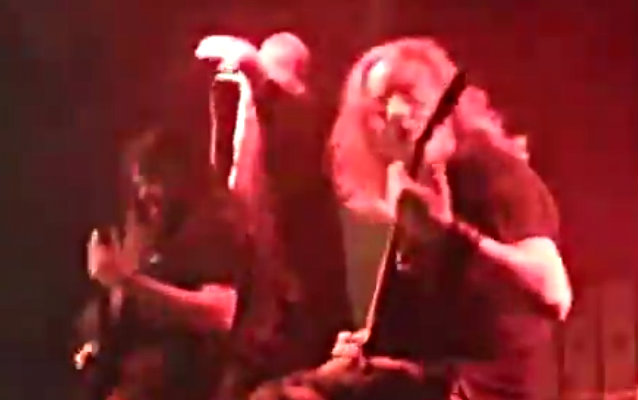 According to Soundsblog.it, LACUNA COIL guitarist Marco "Maus" Biazzi joined Virginia metallers LAMB OF GOD on stage last night (Tuesday, January 7) in Milan, Italy to perform the song "Redneck". Fan-filmed video footage of his appearance can be seen below.

Photos of the show are available on Soundsblog.it.

LAMB OF GOD's setlist for the concert was as follows:

LAMB OF GOD guitarist Mark Morton is sitting out the band's current European headlining tour due to a "family emergency." Filling in for him is Paul Waggoner of BETWEEN THE BURIED AND ME.

LACUNA COIL recently canceled its appearance on ShipRocked, the rock music cruise vacation onboard the Norwegian Pearl, due to "some very serious personal family matters at this time which demand [the band's] full attention."