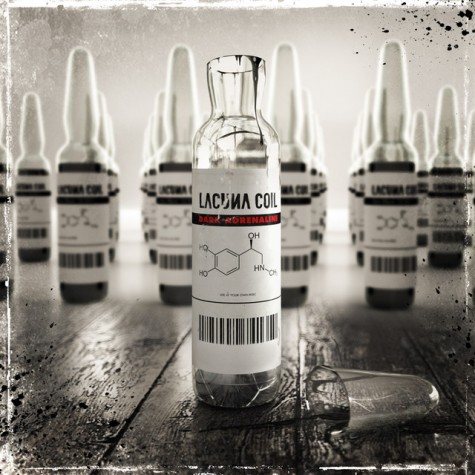 The third out of six short conceptual teaser clips for "Dark Adrenaline", the new album from the Italian rock/metal band LACUNA COIL, can be seen below. Due in North America on January 24, 2012 via Century Media Records, the CD was helmed by acclaimed producer Don Gilmore (LINKIN PARK, BULLET FOR MY VALENTINE) and "promises to deliver the melodic, sensual, metallic rush for which the band has come to be known," according to a press release.

The "Trip The Darkness" video can be seen below. The visually stunning performance clip was directed by Sitcom Soldiers (FUNERAL FOR A FRIEND, THE BLACKOUT).