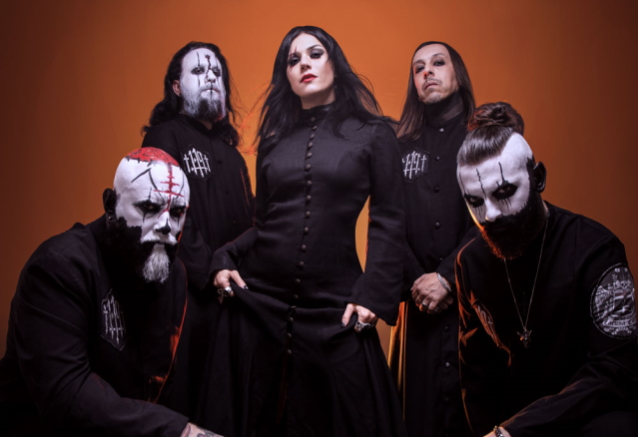 Italian heavy rockers LACUNA COIL will celebrate the 20th anniversary of their third studio album, "Comalies", by performing it in its entirety at a one-night-only concert on Saturday, October 15 at Fabrique in Milano.

Regarding the "Comalies" title, LACUNA COIL lead singer Cristina Scabbia said: "[During the album's recording], we had a sort of creative explosion. We were working in a coma, sort of like in a different dimension. First of all we just wanted to use the word 'coma' but there was something missing so we played with the two words coma and lies."

Three months ago, LACUNA COIL said that it had entered the studio to begin recording "a very special project." No further details have been made available.

In February 2021, LACUNA COIL took part in an initiative dubbed "L'Ultimo Concerto?" (Last Concert) to highlight the increasingly uncertain future of music venues. Instead of delivering live performances as part of a scheduled free virtual stream, each of around 130 Italian artists was filmed taking the stage at a different venue and then standing there in silence as a way of commemorating the one-year mark since the first Italian venues closed.

COMALIVE: Celebrating 20 Years of Comalies. One night only and the only 2022 club show in Europe. Saturday, October 15th Milano Fabrique.