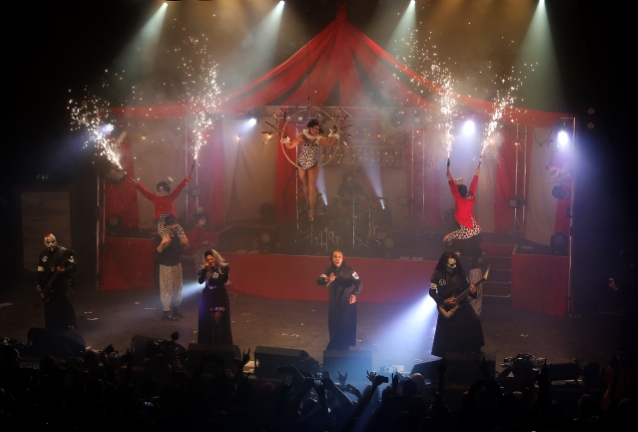 2018 marks the 20th anniversary of LACUNA COIL's debut. To celebrate this special year, they played an exceptional show on January 19 in London at the O2 Forum Kentish Town. The unique, one-time event was filmed and recorded for "The 119 Show - Live In London", which is scheduled for DVD release on November 9.

Now, LACUNA COIL is offering the chance for fans to share the magic once again, this time on the big screen. On October 23, Everyman Cinema presents an exclusive showing at Screen On The Green, Islington, London with Cristina Scabbia and Andrea Ferro taking part in a live question-and-answer session. The event is sponsored by Italian beermakers Birra Moretti.

Fans can look forward not only to an exclusive one-off big screen showing of a performance that was accompanied by the U.K. circus group Incandescence, but also the career-spanning set including songs never played live before in amazing cinema surround sound. This is an extra special one-off pre-release premiere fan event not to be missed.

What took place at the O2 Forum Kentish Town in January was a similarly once-in-a-lifetime experience for LACUNA COIL. The work involved, the pre-performance tension, the intensity on stage, the energy between them and the fans — all was beyond anything they'd ever done before. Not just a show, but an anniversary celebration. And, most importantly, a huge thank you to everyone at their side the past twenty years.

Check out a trailer below.

Ticket entry is £10 and includes:

The band comments: "What took place at the O2 Forum Kentish Town in London on the 19th of January 2018 was pure magic. It was definitely a once-in-a-lifetime experience for us as a band and as people. The work involved, the pre-performance tension, the intensity on stage, the energy between us and the audience — all of this was beyond anything we've ever done before. This event was not just a show, it was a birthday party, an anniversary celebration and most importantly a huge THANK YOU to everyone who travelled side by side with us for the last 20 years. And now, with the release of 'The 119 Show - Live In London', we can also share the magic with those fans who weren't able to party with us in January." 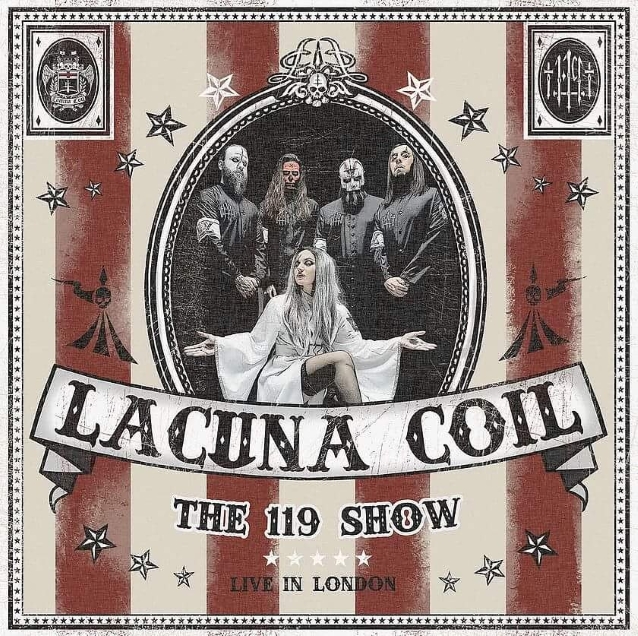