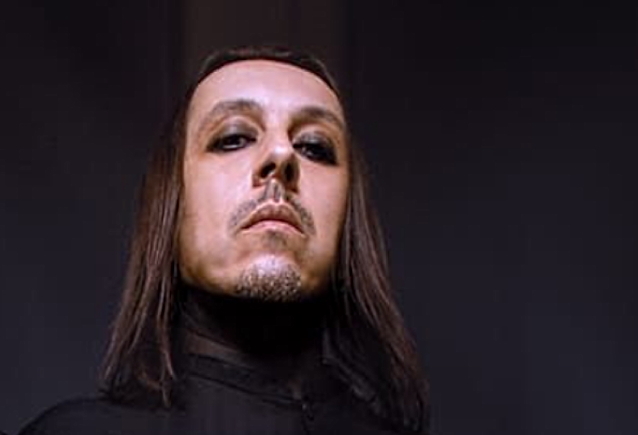 In a new interview with The Metal Mixtape, LACUNA COIL co-vocalist Andrea Ferro was asked how he and his bandmates have managed to continue to grow musically without chasing trends while still keeping the LACUNA COIL sound. He responded (as transcribed by BLABBERMOUTH.NET): "One thing is that we have learned in the years that when you try to do something that doesn't belong to you, that you don't really feel, people [are] gonna notice. When you're honest… Like when we did our switch on [2016's] 'Delirium' [album], when we went heavier with more growling vocals, more double-bass [drumming], in the beginning we thought maybe it's too much for the people to get because they're not used to have a certain heaviness from LACUNA COIL. But then we said Marco's [Coti Zelati, bass] been writing the songs in this way, and it made sense to do more growling vocals or heavy riffs or double bass. So what should we do? We should try to make it softer just to be the usual LACUNA COIL? Or we just go for it and we just try it and see what people say. And we decided to try. And people realized that it was an honest [progression], and so they appreciated it and it paid back."

Ferro, who is currently promoting "Comalies XX", the recently released "deconstructed" and "transported" version of LACUNA COIL's third album, "Comalies", continued: "I think honesty always pays back in music. And people realize when you're real. When you try to sound like you're something you're not… First of all, it's very hard for you to write material that you don't feel. And second, people [are] gonna notice. And I think that's the only secret. If you don't feel anymore to do a metal record, then don't do a metal record. Because if you don't feel it, if you're not in that [frame of mind] anymore, then it's very hard to [write in that style]. That's why a lot of big bands, when they come out with a new album, it's decent, but it's not what it used to be. But not because they can't write songs anymore, but because they don't have that fire anymore. Because their lives changed; they got kids, they got families; they moved somewhere else; they became rich — there are a million reasons why some bands lose their touch. And it's not because they don't like it anymore, or they don't do it consciously, I think. It's just something that happens with life — you grow up and you have different interests, and music is not your only focus anymore. And when you lose that, it's very hard, even if you're a very good musician, very good instrumentalist or vocalist. You're still gonna do a decent product, but it's never gonna have that same fire because you're not that same person anymore in those years."