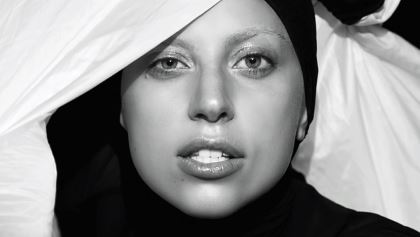 LADY GAGA Was Up At 5 A.M. To Buy New IRON MAIDEN Album 'The Book Of Souls'

Pop superstar Lady Gaga has revealed in a new tweet that she was up at 5 a.m. this past weekend because she wanted to make sure she didn't forget to download IRON MAIDEN's new album, "The Book Of Souls". She added: "MUSIC FANDOM IS ALIVE"

Lady Gaga recently told CR Fashion Book magazine that she would rather be called the next IRON MAIDEN than be compared to pop veteran Madonna.

"They're one of the greatest rock bands in history, in my opinion," Gaga said about IRON MAIDEN. "Some people really don't know the importance of metal and the scope of it. Those guys were filling stadiums, and they still are. And it's because of the culture of the music, the poetry that's so powerful, that whenever the fans come together, they unite in the essence of what IRON MAIDEN is all about. I always used to say to people, when they would say, 'Oh, she's the next Madonna.' No, I'm the next IRON MAIDEN."

Gaga graces the cover of the latest issue of CR Fashion Book, which arrived on newsstands on September 3. The publication contains photos of Gaga in two different wedding dresses, including a goth-punk black piece underneath which she is wearing an IRON MAIDEN "The Number Of The Beast" t-shirt.

When your up at 5 am because you wanna make sure you don't forget to download @IronMaiden new album The Book of Souls. MUSIC FANDOM IS ALIVE