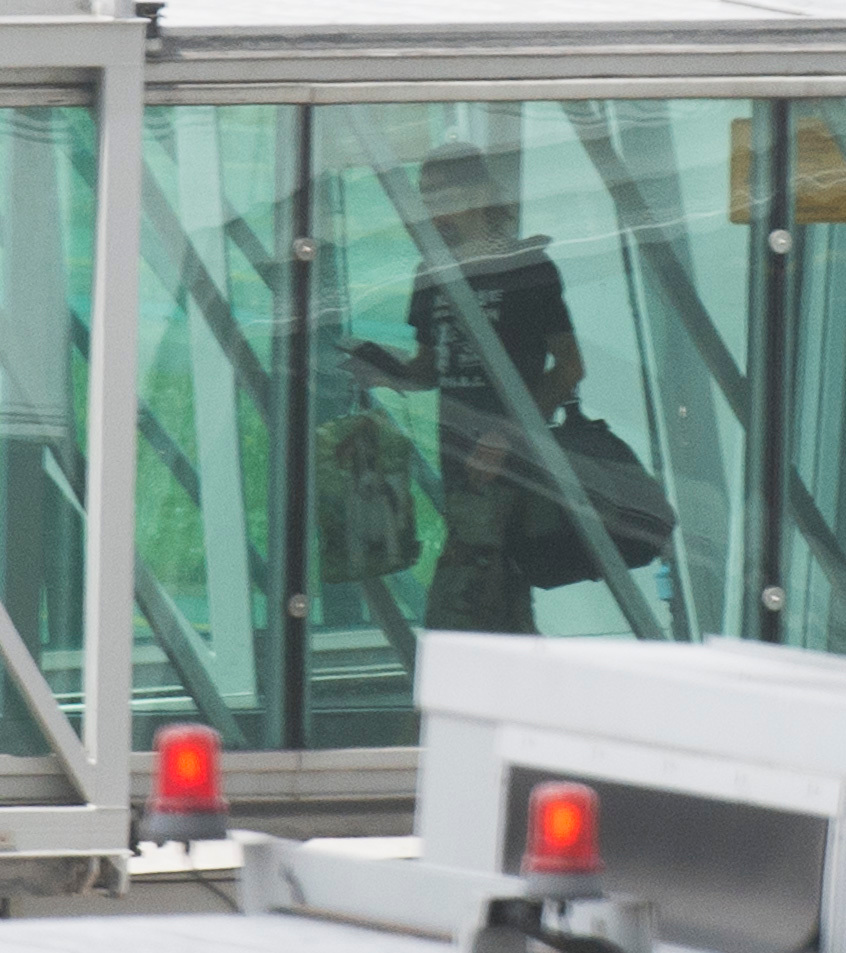 LAMB OF GOD Frontman Released From Czech Prison, On His Way Back To USA

LAMB OF GOD frontman Randy Blythe was released from custody yesterday (Thursday, August 2) after spending more than a month at a Prague, Czech Republic prison on manslaughter charges.

According to Blesk.cz, Blythe boarded a direct flight to New York at approximately 1:00 p.m. CEST (Central European Summer Time) today. He is expected to land on U.S. soil this afternoon.

"I'm relieved to be out of Pankrác jail," Blythe told TV Nova at the airport before catching his flight. "It wasn't bad, but it wasn't exactly fun."

He added, "I'm relieved to be out of jail, but if it's necessary for me to return to Prague to go to this court thing, I certainly will. I'm no flight risk."

A short video clip of Randy talking to TV Nova at the Prague airport earlier today can be seen at this location.

Audio of Randy speaking to TV Nova about his release:

Photos of Blythe at the Prague airport earlier today before getting on his flight (courtesy of Blesk.cz):

More pictures can be seen below.

Blythe was arrested at the Prague airport on June 27 and was accused of shoving a local fan off the stage during LAMB OF GOD's May 2010 concert in the city. The man, who is said to have stormed the stage three times during the show, reportedly suffered a brain hemorrhage that resulted in his death nearly a month later.

After the court doubled Blythe's bail last month from about $200,000 to about $400,000, the prosecutor once again filed a complaint against the singer's release.

"I can confirm that [Blythe] was released yesterday afternoon," Gabriela Pohlová, spokeswoman for the prison, said on Friday (August 3).

The Prague Municipal Court's ruling against the prosecutor of the Prague 8 District Court was made Thursday afternoon at approximately 4:00 p.m. behind closed doors.

"The decision was reached yesterday at the end of a closed session," said Martina Lhotáková, spokeswoman for Prague's Municipal Court.

"The only condition of release was the approximately 8 million Czech Koruna bail [which has already been paid]," she added.

Blythe's Czech attorney Martin Radvan told Radio Prague that Blythe will have to return to the Czech Republic to face trial. "That's what he wants to do," Radvan said. "As a world-renowned artist, in a specific genre of music, of course, he cannot afford to simply disappear."

Radvan added that Randy's stature as a public figure makes it highly unlikely that he would vanish before the trial, saying, "There would be posters with his picture all around the world, and if he wants to continue performing, he will have to return. And he wants to return because he believes he is not guilty of anything he has been charged with."

The lawyer said earlier today that the police investigation is unlikely to be completed until winter. "We don't know yet if [the fan's death] was caused by our client or in a different way," he said.

Jonathan Crane, a reporter from the Prague Post, told WTVR-TV that a legal expert believes the Blythe's defense team should have quite a strong case. "Even if Randy was responsible for the alleged attack, the expert said that who is to say that he wasn't accidentally kicked or trodden on or left without help by fans below the stage," Crane said.

During an appearance on the Pittsburgh, Pennsylvania radio station 105.9 The X, Crane discussed the way that both the Czech media and police have been handling the incident. He explained, "At the start, the Czech tabloids were quite vociferous about Blythe and the reputation of LAMB OF GOD, and portraying Blythe especially to be quite a violent person, an aggressive person."

He added, "Obviously, there have been these videos put up on YouTube of the alleged incident. LAMB OF GOD's management say this is the key to proving Blythe's innocence, that you can clearly see it's a security guard that throws a boy or a man off the stage. Now, other people I've spoken to here, who were at the gig … they say actually the man in the videos is not Daniel, the young man who unfortunately died two years ago."

He continued, "The Czech police were very uncooperative when responding to my questions. All they would say is that they investigated the case in 2010. A friend of Daniel's, who I spoke to, said that the police were investigating even before he [Daniel] had died. He was in a coma, don't forget, for [at least] two weeks before he passed away."

The U.S. Embassy in Prague on July 11 released a very brief statement regarding Blythe: "The U.S. Embassy provides standard consular services to American citizens in need of assistance. We cannot discuss specific cases due to privacy concerns." 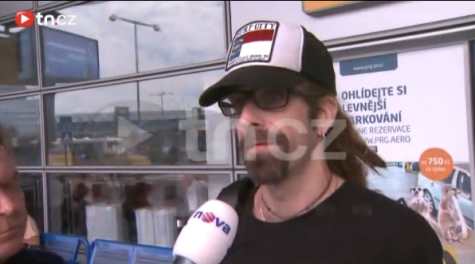 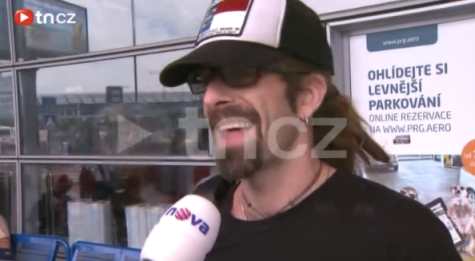 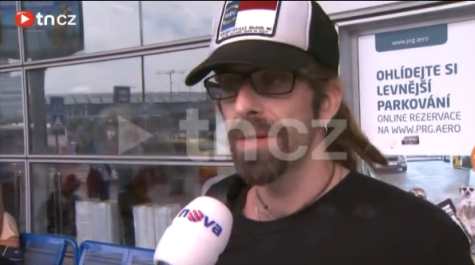