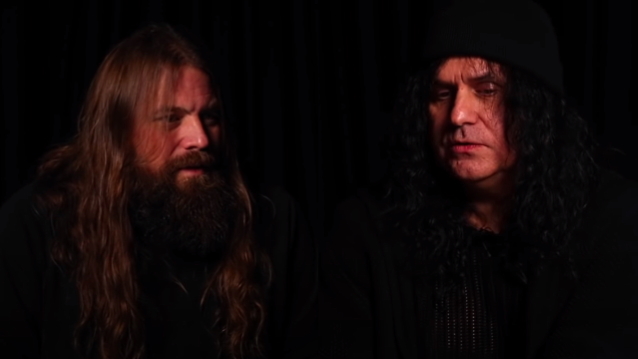 The three bands were scheduled to tour Europe together this spring but the trek has since been postponed in the wake of the coronavirus pandemic.

Earlier today, Gale tweeted: "working on a quarantine track with @MarkDuaneMorton and Mille from @kreator... y'all ain't ready for this. 3 generations of thrash metal converging for a seriously massive tune."

Morton shared Gale's tweet and added: "In the lab early this morning workin on these riffs ya herrrd"

Last month, KREATOR surprise-released a new single, "666 - World Divided". The song was produced by Andy Sneap and Markus Ganter and was recorded at Hansa Tonstudios in Berlin, Germany.

A limited-edition seven-inch single featuring "666 - World Divided" and the LAMB OF GOD song "Checkmate" was made available on April 10 via the KREATOR webstore and Nuclear Blast mailorder.

In the lab early this morning workin on these riffs ya herrrd https://t.co/aIYwENFnM8