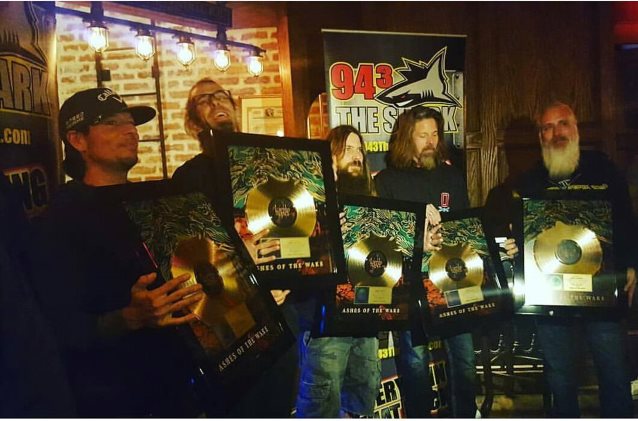 LAMB OF GOD's third album, "Ashes Of The Wake", which came out in 2004 via Epic, was officially certified gold in February by the RIAA (Recording Industry Association of America) for sales in excess of a 500,000 copies.

Prior to their concert earlier tonight (Tuesday, May 17) at The Paramount in Huntington, New York, the members of LAMB OF GOD were presented with gold plaques signifying the achievement. Check out a photo above (courtesy of the band's publicists at Adrenaline PR).

Over the past few years, more and more people have stopped paying to download or physically own albums and started instead consuming music on platforms like Spotify, YouTube and Apple Music. As a result, effective February 1, RIAA started including on-demand audio and video streams and a track sale equivalent in gold and platinum album award. The modernization of the program's album rule follows a similar update made to digital single certifications in 2013, when the RIAA first added on-demand streams to its digital single award. Collectively, this now means that the program's iconic benchmarks — 500,000 (gold),1,000,000 (platinum) and 2,000,000 plus (multi-platinum) — count both sales and streams for single and album certifications.

"Ashes Of The Wake" was reissued as a DualDisc edition in March 2005. One side of the "Ashes" DualDisc featured the regular album, while the other was a DVD featuring the entire album in enhanced LPCM Stereo, plus bonus features. 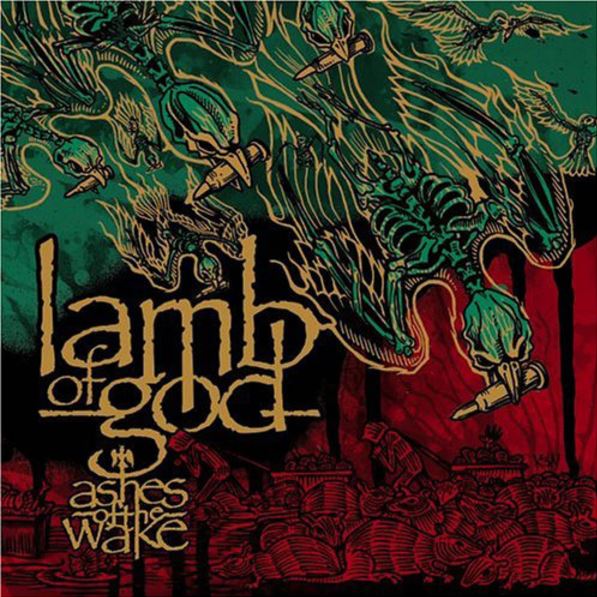