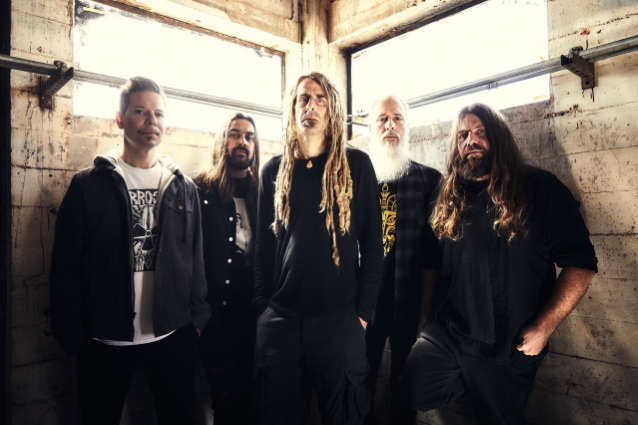 Pre-orders for the set are available now, along with the bonus track "Ghost Shaped People". The live CD and DVD portion of the deluxe edition features the first of LAMB OF GOD's two ultra-successful live stream events from September 2020, in which the band performed their critically acclaimed, self-titled album "Lamb Of God" in full, plus an encore of four songs, including "Ruin", "Contractor", "512" and the debut live performance of "The Death Of Us", a new song the band wrote and recorded in quarantine for the "Bill & Ted Face The Music" movie and soundtrack. The DVD includes a new director's cut with bonus material. Watch the trailer for the deluxe package now below.