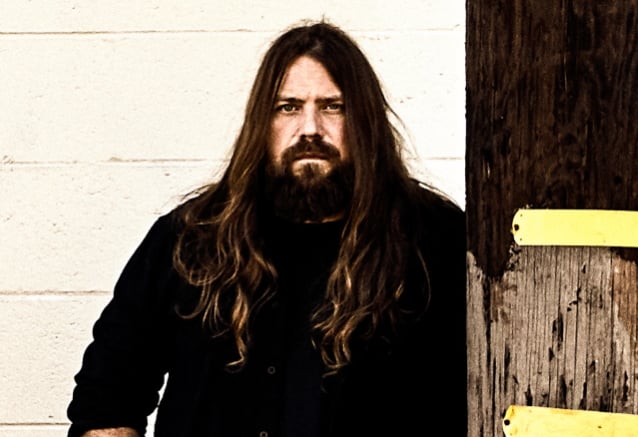 LAMB OF GOD's Mark Morton has blasted President Donald Trump over his claim that the United States is only seeing a spike in new coronavirus infections because more testing is being carried out.

Trump tweeted on Thursday: "For the 1/100th time, the reason we show so many Cases, compared to other countries that haven't done nearly as well as we have, is that our TESTING is much bigger and better. We have tested 40,000,000 people. If we did 20,000,000 instead, Cases would be half, etc. NOT REPORTED!"

A short time later, Morton shared Trump's tweet and added: "It must be so insulting for the people that make up his actual base of support to see shit like this. He really thinks y'all are this stupid?? To have your intelligence so grossly underestimated over & over, I would imagine it's got to be exhausting to stay loyal to this regime."

Experts have repeatedly dismissed Trump's assertions as false, explaining that the number of tests doesn't indicate how fast the disease is spreading.

According to Johns Hopkins University, the efficacy of testing is not tied to the sheer number of tests being done, but must be proportional to the size of an individual country's epidemic.

"Several countries effectively controlled the spread of the virus through testing programmes that had a far lower number of tests per capita than the US," the university writes on its web site. "Meanwhile, despite having the highest rate of tests per capita, the US faces the largest outbreak in the world and new cases continue to trend upwards in many states."

Morton recently told A&P Reacts that it's important for him to use the platform that he has, including his Twitter account, to create awareness about the things that are happening around him.

He said: "When something's really wrong or there's a discussion not being had or there's something being ignored… I have a platform, and I have a platform in our music, in what we talk about lyrically, and social media, for better or worse, is a platform — I don't know if it's the best one, but it is one, and it's one I engage in.