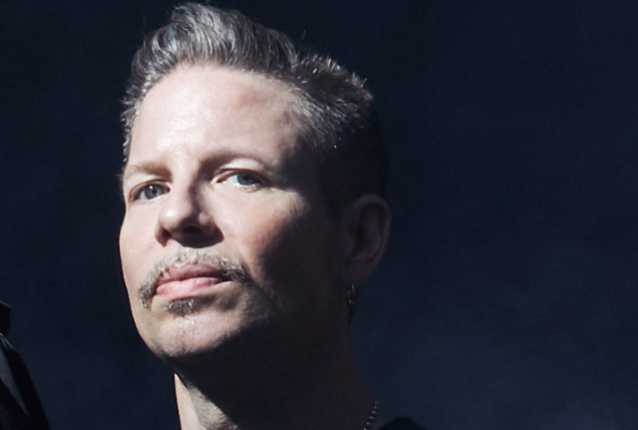 In a Facebook Live question-and-answer session with Zia Records earlier today (Monday, June 22),LAMB OF GOD guitarist Willie Adler was asked if the band feels pressure knowing that it is "the successor to the SLAYER dynasty/empire" now that the legendary California thrash metal act has retired from touring. He responded (see video below): "I don't necessarily agree with you that we are the successor to SLAYER's dynasty and empire. SLAYER will always have their legacy — that's their dynasty, that's their empire. I think I understand what you're saying, but at the same time, SLAYER will always live on as SLAYER — their legacy will always be intact; what they built will always be there. And you will never get away from the impact that SLAYER has had on the metal world. I'd like to think that we kind of hold our own place and we do our own thing. And we will continue doing what we do.

Willie's comments echo those made by LAMB OF GOD singer Randy Blythe, who also recently dismissed suggestions that his band is the natural successor to the thrash metal throne previously occupied by SLAYER. Asked in an interview with Metal Injection how he feels about LAMB OF GOD being linked to SLAYER in that way, Blythe said: "I've heard that from other people. We were the main support for every leg of their final tour except for the last one. I mean, we did, like, four legs or something — we went everywhere. And it's, like, [people have said] 'They're passing the torch. They're handing you the crown.' And it's, like, there was no secret ceremony where we all sat down and [SLAYER guitarist] Kerry King was, like, 'I give you the place of SLAYER. Here's the SLAYER throne. Here's the keys to all our unholy wonders in our secret SLAYER vault.' There was none of that.

Get our new album: lambofgod.lnk.to/LOG