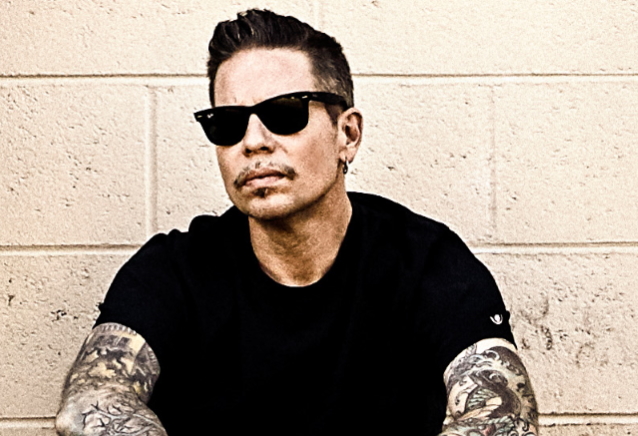 LAMB OF GOD's WILLIE ADLER: 'I Can't Imagine That Live Music Will Not Resume At Some Point'

In a new interview with No Cover TV, LAMB OF GOD guitarist Willie Adler spoke about what the touring circuit might look like post-pandemic. He said (hear audio below): "I can't imagine that live music will not resume at some point. It's probably gonna be a while, and like I was telling my wife, I think we're probably bottom of the barrel of things that are gonna be able to get back to work. I mean, for our living, we get people together. So it's, like, 'Fuck.' So, yeah, there's definitely a part of me that's a little freaked out by it, but at the same time, it's such a huge part of life — music is — that I can't imagine there not being some semblance of live music going on and touring. Whether that's end of this year, next year — I'm not sure. But I firmly believe that we will resume somewhat as normal at some point."

LAMB OF GOD released its new, self-titled album on June 19 via Epic Records in the U.S. and Nuclear Blast Records in Europe. The follow-up to 2015's "VII: Sturm Und Drang" marks LAMB OF GOD's first recordings with Art Cruz, who joined the band last year as the replacement for the group's founding drummer, Chris Adler, who is Willie's brother.