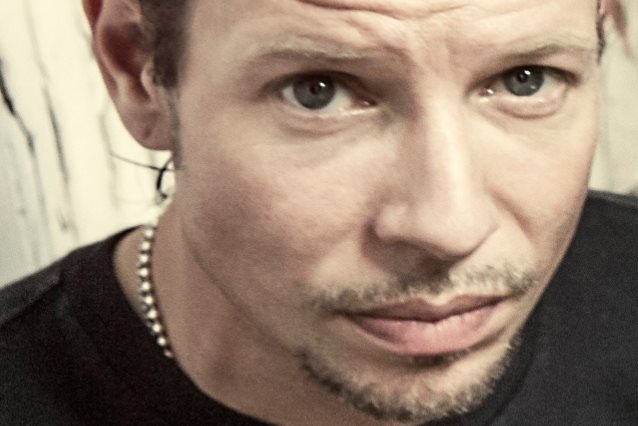 Lana of the Milwaukee radio station 102.9 The Hog recently conducted an interview with LAMB OF GOD guitarist Willie Adler. You can now listen to the chat using the SoundCloud widget below.

Asked if LAMB OF GOD would begin work on the follow-up to 2015's "VII: Sturm Und Drang" album once the band's summer tour with SLAYER and BEHEMOTH was completed, Adler said: "I'm sure that we'll all kind of scatter like cockroaches, as typically we do once we get off a tour. We're living on top of each other for so long, we usually take a few months completely away from each other. But I haven't necessarily stopped writing new material, so I'll continue to do that in my little home studio. So we'll be plenty prepared when it actually is time to officially reconvene to start quote-unquote writing the record."

LAMB OF GOD's tour with SLAYER and BEHEMOTH kicked off on July 12 in Bemidji, Minnesota and concluded on August 20 in Phoenix, Arizona.

LAMB OF GOD vocalist Randy Blythe recently told the "Sixx Sense" radio show that it will be "time to take a break for real" after the completion of the band's current touring cycle and "concentrate more on writing and being at home with the family."

The group's latest release was an EP called "The Duke", which came out last November via Epic. The EP's title track, which was recorded during the sessions for "VII: Sturm Und Drang", was inspired by the plight of a LAMB OF GOD fan named Wayne Ford, who was diagnosed with leukemia in 2010 and died five years later at the age of 33.