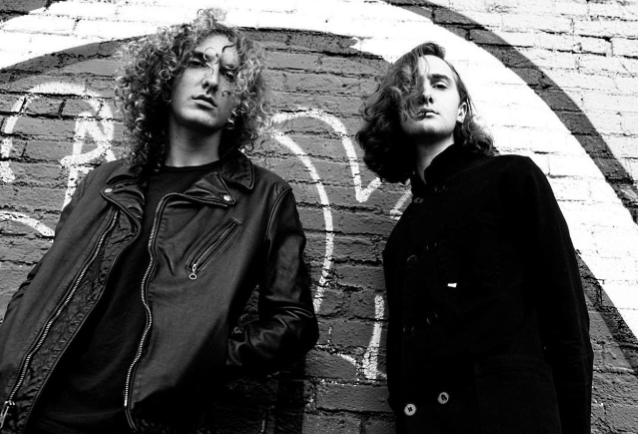 Myles and Layne Ulrich, sons of METALLICA drummer Lars Ulrich, have launched a new band called TAIPEI HOUSTON. The duo, which has shared a snippet of an original song called "Respecter" on its Instagram, is scheduled to perform at Alex's Bar in Long Beach, California on Thursday, September 9.

23-year-old Myles, who plays drums, has spent time at Berklee College Of Music, while 20-year-old Layne, who plays bass and sings, studied at NYU.

Lars had Myles and Layne with former wife Skylar Satenstein. He also has another son, 14-year-old Bryce, with "Gladiator" actress Connie Nielsen.