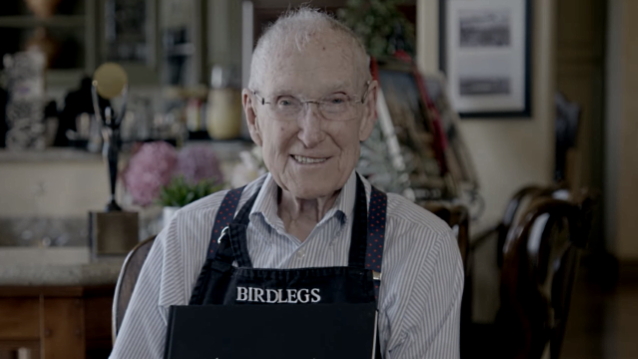 LARS ULRICH's Wife Pays Tribute To RAY BURTON: 'Such A Sweet Being With An Immense Love For Life'

Jessica Miller, wife of METALLICA drummer Lars Ulrich, has paid tribute to Ray Burton, father of the late METALLICA bassist Cliff Burton, who passed away on January 15 at the age of 94.

Earlier today (Wednesday, January 22),Miller has posted a photo of Ray on Instagram Stories, and she included the following message: "Ray Burton used to always call me 'Jennifer,' and I never had the heart to correct him. Such a sweet being with an immense love for life. I'll miss running into his smile across the country at random shows or events. My heart is with his beautiful family."

Cliff joined METALLICA in 1982 and performed on the band's first three studio albums: "Kill 'Em All", "Ride The Lightning" and "Master Of Puppets". He also received a posthumous writing credit for the song "To Live Is to Die" from the band's fourth studio album, "...And Justice For All" and was inducted into the Rock And Roll Hall Of Fame as a member of METALLICA on April 4, 2009.