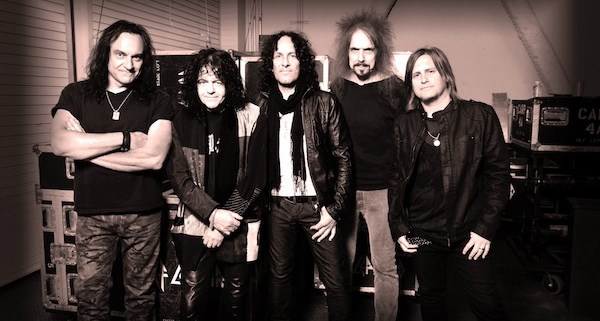 LAST IN LINE played its first-ever show (a warm-up to the band's U.K. tour) on August 3 at Slidebar in Fullerton, California.