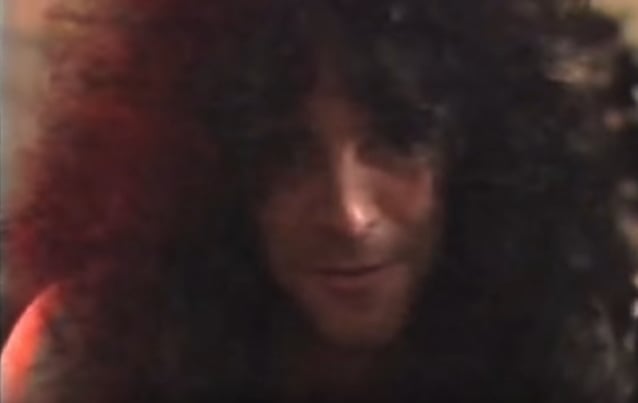 An official Eric Carr documentary is in the works.

According to SiriusXM's Eddie Trunk, the documentary is backed by the late KISS drummer's family and is "totally legit."

On Saturday (April 17),Trunk took to his Twitter to write: "Going to be interviewed next week for a coming Eric Carr documentary. His family is behind it & contacted me about it so it's totally legit. Happy to be a part of it & more excited to see it! Eric was a dear friend I miss greatly. His legacy deserves this!"

Back in 2000, MVD Visual released an Eric Carr documentary called "Inside The Tale Of The Fox: The Eric Carr Story". The 120-minute documentary, directed by Jack Edward Sawyers, included extra footage, outtakes, pictures and interviews, as well as previously unreleased music written and performed by Eric from his pre-KISS and KISS days, plus interviews with Bill Aucoin, Bruce Kulick, Carrie Stevens, members of SLAUGHTER, Fred Coury, and more.

Going to be interviewed next week for a coming Eric Carr documentary. His family is behind it & contacted me about it so it’s totally legit. Happy to be a part of it & more excited to see it! Eric was a dear friend I miss greatly. His legacy deserves this!