A special package paying tribute to late METAL CHURCH singer Mike Howe is now available for pre-order from the Rat Pak Records web site. The "In Memoriam (Remembering Mike Howe)" memorial booklet and tribute shirt will only be available for a short while, so if you want one, be sure to order sooner than later.

METAL CHURCH guitarist Kurdt Vanderhoof announced the package's availability in a social media post earlier today (Tuesday, November 2). He wrote: "Many of you have asked if there would be an official Mike Howe memorial booklet & shirt, it took some time, but here it is. Hats off to the owner of Rat Pak Records for putting this amazing 60-page tribute book & shirt package together for Mike. It's very classy to say the least! There are only going to be 500 in print so if you want one, don't wait."

TMZ stated that cops in Eureka got a call just after 10 a.m. reporting an unexpected death at a home. By the time deputies arrived, they found Howe dead at the scene.

Four days after Howe's death, the surviving members of METAL CHURCH shared a statement on social media in which they blamed his suicide on the fact that he "was victimized by a failing health-care system and subsequently poisoned by the venom of Big Pharma," a term which refers collectively to the global pharmaceutical industry. "In short and in essence, he fell prey to the real 'Fake Healer'."

METAL CHURCH's statement was quickly met with criticism from some of the band's fans who felt that the long-running metal act was using Howe's death as a platform to assert its political views. As a result, METAL CHUCH pulled its original post from social media and replaced it with a revised version, in which the musicians said they were "in no way, shape or form referring to anything in relation to vaccinations, COVID or politics. We were saying our brother was hurting and while he was seeking medical care for it, the treatments he was utilizing did not protect him," they wrote. "Otherwise, he would still be with us today."

The reunion between Mike and METAL CHURCH was put in motion in July of 2014 when Mike started working with Vanderhoof on a side project Kurdt was forming with Nigel Glockler from SAXON. Through these initial conversations, Kurdt convinced Mike to ultimately return to METAL CHURCH. The idea was to see if they could recapture some of the magic from the three albums METAL CHURCH released in the late '80s: "The Human Factor", "Blessing In Disguise" and "Hanging In The Balance". Out of those sessions, 2016's "XI" was born and captured the sound that made the band fan favorites in the '80s and mixed it with a new, invigorated sound.

METAL CHURCH's latest release was "From The Vault", which arrived in April 2020 via Rat Pak Records. The effort was a special-edition compilation album that featured 14 previously unreleased songs from the Howe era, including four newly recorded studio tracks, among them a redux of the band's fan favorite classic "Conductor".

Howe is not the first singer of METAL CHURCH to die. David Wayne passed away in May 2005 from complications following a car crash. He was 47 years old.

Wayne sang on METAL CHURCH's first two classic offerings (1984's "Metal Church" and 1986's "The Dark") before leaving the group and being replaced by Howe.

Many of you have asked if there would be an official Mike Howe memorial booklet & shirt, it took some time, but here it... 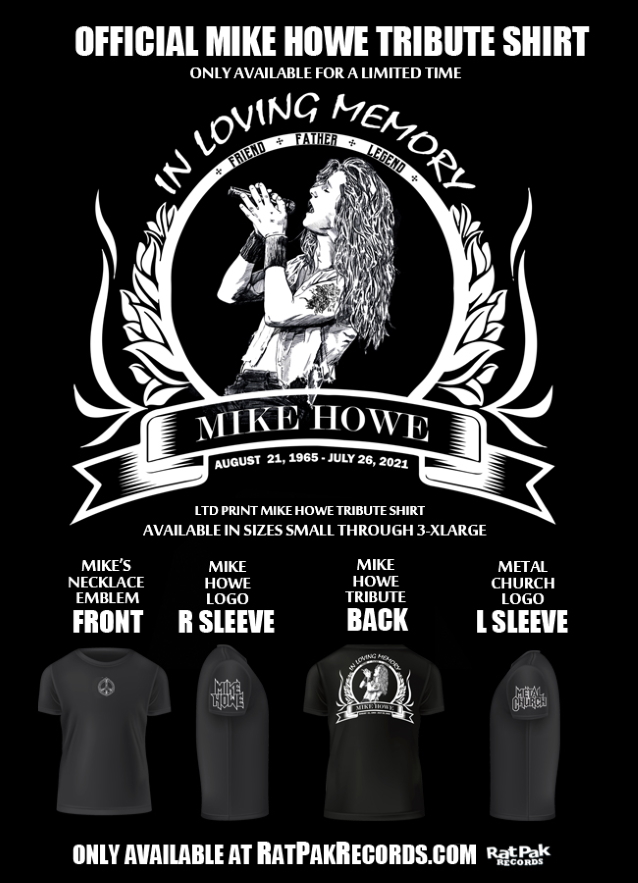 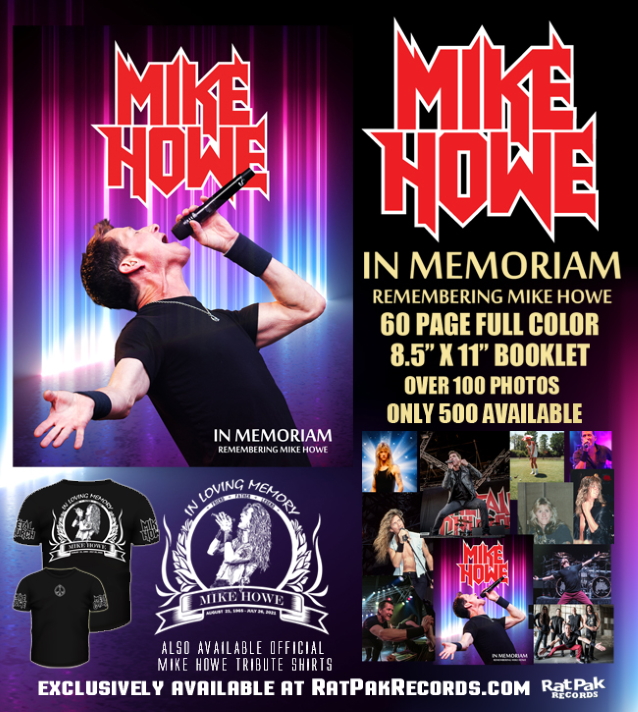