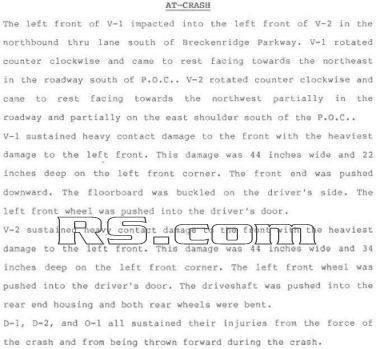 This past October marked the 15th anniversary of the passing of SAVATAGE guitarist Criss Oliva. To honor his memory, the Greek edition of Rock Hard magazine has published a special five-page article in this month's issue featuring interviews with about Criss conducted exclusively for this story.

The following people were interviewed for the article:

In the early morning hours of October 17, 1993 Criss Oliva and his wife Dawn were en route to the Livestock Festival in Zephyrhills, Florida when tragedy struck. They were hit head-on by a drunk driver. Criss was killed and Dawn suffered severe injuries.

The driver of the other car, Garth McNamee, was found to have a drunk driving record of seven prior DUIs and having a blood alcohol content of .294 percent (legal Florida limit is .10 percent) and sustained fractured left ribs, jaw, nose, right wrist, and both lower legs with lacerations to his face, legs and right hand, according to RealSavatage.com. The drunk driver was charged and convicted of DUI manslaughter, DUI serious injury, and vehicular homicide but served only 18 months jail time and had his driver's license revoked indefinitely. He was also ordered to write the Oliva family an apology letter and was said to be paying restitution of $100 a month to Dawn Oliva.