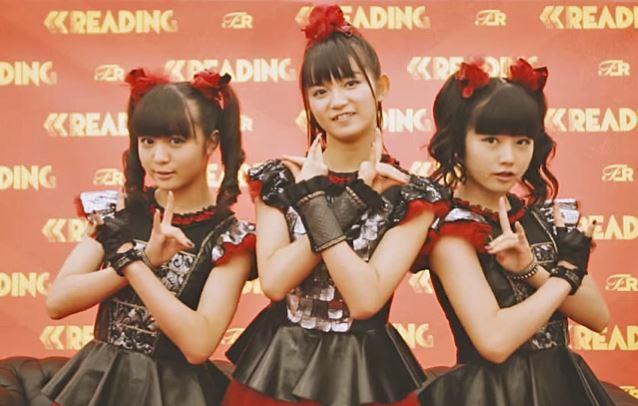 U.K.'s Kerrang! magazine caught up with the Japanese teenage girl pop metal band BABYMETAL backstage at this weekend's Reading festival to learn their dance moves. Check out the clip below to see what happened.

BABYMETAL has announced its return to the U.K. next year. The group will headline London SSE Arena Wembley on April 2, 2016.