"Evenings With Led Zeppelin" chronicles the 500-plus appearances LED ZEPPELIN made throughout its career.

From its earliest gig in a Denmark school gymnasium on September 7, 1968, through to the last gig that Jimmy Page, Robert Plant and John Paul Jones ever performed with John Bonham, in Berlin on July 7, 1980, this is the LED ZEPPELIN story told from where their legend was forged — on stage.

Impeccably researched by Dave Lewis and Mike Tremaglio, "Evenings With Led Zeppelin" traces the group's rapid ascent from playing to a few hundred at London's Marquee Club to selling out the 20,000-capacity Madison Square Garden in New York — all in a mere 18 months.

Illustrated throughout with rarely seen concert adverts, posters, venue images, ticket stubs and photos, this is LED ZEPPELIN as never chronicled before — now in a fully revised, updated and expanded edition.

Regarding the original concept for the book, Lewis told Tight But Loose's Gary Foy: "It initially came out of an idea to funnel Mike's amazing LED ZEPPELIN research in some way. We had been collaborating for many years — in fact, Mike's tour logs began to be a cornerstone of every Tight But Loose magazine from around 2007. I was incredibly impressed at his level of detail and archive research."

Added Tremaglio: "It's intended to fully cover LED ZEPPELIN's 12-year concert history on a gig-by-gig basis. Over the past decade-plus, the explosion of archival material, particularly newspaper archives, has provided much insight into the band's performances across the globe. For fans who'd seen the band live it gives them the opportunity to relive it, and for fans who hadn't seen them, the background text and countless visuals provide key insight into what the excitement was all about."

Asked how this books differ from other LED ZEPPELIN books, Lewis said: "I think the depth of information gathered offers a real perspective on what LED ZEPPELIN was really all about – which was playing live for as many people as possible. As I've said before, I'd like to think it reads as more than a mere list of dates. Within the format we adopted, it does clearly illustrate all the peaks and troughs of their career: the great nights, the not-so-great nights, all the craziness of their travels across America and beyond. This is no mere train spotters guide. I view the book as a result of a thirst for knowledge that paints as complete a picture as possible on the subject."

As for whether the book is just for the LED ZEPPLIN die-hards or if it has a broader appeal, Lewis said: "While the main appeal is obviously LED ZEPPELIN fans, I'd say it definitely has a broader appeal. For anyone interested in the heritage of rock music and its development during the 1960s and 1970s, this book reveals much about how the touring scene evolved. As Richard Cole, ZEP's tour manager, notes in the foreword, single-act stadium concerts were a rarity back then — until LED ZEPPELIN made the bold move into performing to masses of fans, and with no support act. This intensive documenting of their live appearances also reveals much about the evolution of the entertainment touring industry in the late 1960s and 1970s.

"As the band moved from gig to gig, there's a vivid sense of progression and momentum. Their performances carried energy, speed and vitality, leaving stunned audiences in their wake. Following the story gig to gig, that energy and speed is more than evident as they elevate from performing to a few thousand people at the Fillmore East in New York to selling out the 20,000-capacity Madison Square Garden in the space of a mere nineteen months." 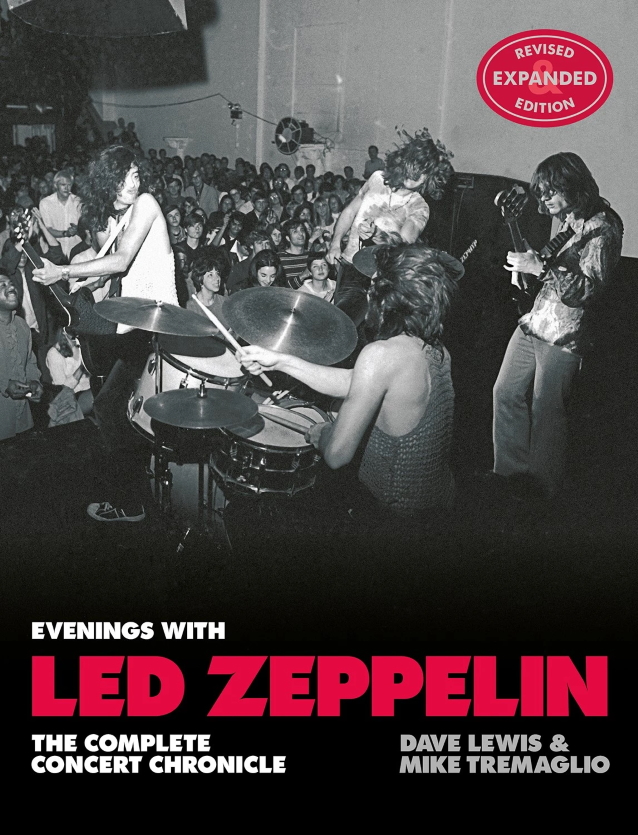