Legendary NWOBHM (New Wave Of British Heavy Metal) band SATAN will embark on its first-ever short tour of North America in April. A list of confirmed dates can be found on the poster below.

"Life Sentence" was mixed by Dario Mollo, who is part of TONY MARTIN'S HEADLESS CROSS touring project and has worked with numerous artists as a producer and engineer, including SKYCLAD, ANATHEMA, CRADLE OF FILTH, LACUNA COIL, Tony Martin and Glenn Hughes. The CD was recorded September-November 2012 at First Avenue Studios in Newcastle, England and was mixed and mastered by Mollo at Damage Inc. Studio in Italy.

Fan-filmed video footage of SATAN performing on June 8, 2013 at the Sweden Rock Festival in Sölvesborg, Sweden can be seen below. 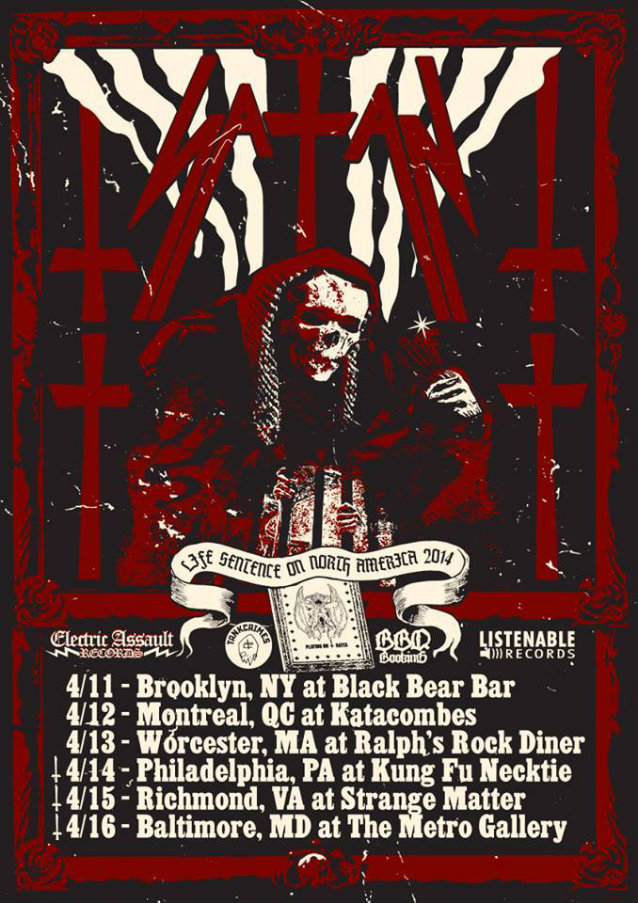