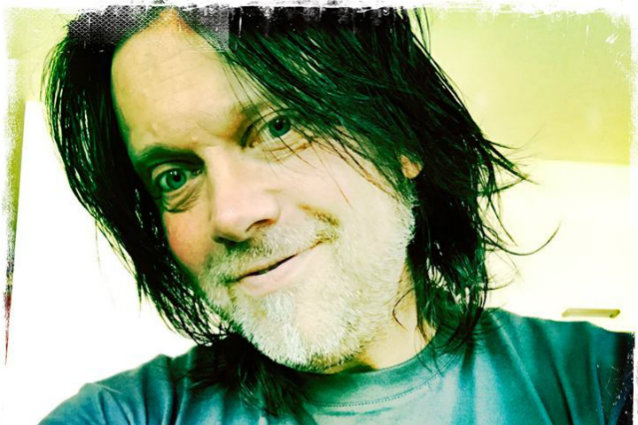 LEIF EDLING Is Working On New CANDLEMASS Song: 'This Will Be A New Challenge For Me As A Songwriter'

Leif Edling is working on a new CANDLEMASS song, to be released next year. The Swedish bassist and songwriter broke the news in a Facebook post, writing: "[The track] will see the light of day early 2018. It will be a part of something bigger, something really cool that will take [CANDLEMASS] on another adventure. This will be very exciting and a new challenge for me as a songwriter."

Edling, who has been unable to tour the last few years due to unspecified health problems, also revealed that he is no longer a member of AVATARIUM, the band he launched more than four years ago. "My doctors have said absolutely NO to me for work with more than one band at the time," he wrote. "They did not like it when I did THE DOOMSDAY KINGDOM album at the same time as [CANDLEMASS] 'Death Thy Lover' and they are always right, of course. As a result of this, I had another breakdown not long after 'Death Thy Lover' was ready."

Although Edling is not a member of AVATARIUM anymore, he will continue to work with the band in the future. "[AVATARIUM guitarist] Marcus [Jidell] and [singer] Jennie [Jennie-Ann Smith] are good friends so I hope that [AVATARIUM's latest album] 'Hurricanes And Halos' will get the success it deserves. I'm quite sure of it. The reviews this far have all been mindblowing! (the ones outside of Sweden anyway, hahaha!) So when the next one is due, I will definitely be contributing!"

"Death Thy Lover" was released last year as CANDLEMASS's special thirtieth-anniversary EP. The four-track effort — which featured Mats Levén on vocals — was recorded during September/October 2015 and was made available as a four-page digipack, one-LP gatefold edition and one-LP gatefold webstore edition and old-school "skull-and-cross" slipmat. The cover artwork for the EP was created by Erik Rovanperä.