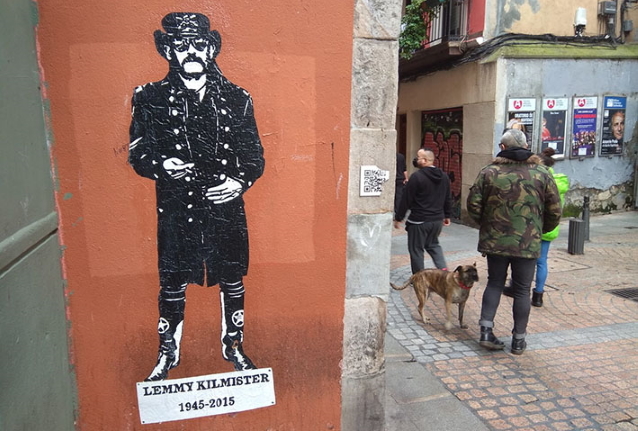 According to Metal Journal, a small mural of iconic MÖTÖRHEAD leader Ian Fraser "Lemmy" Kilmister recently appeared on a street in Bilbao, Basque Country, Spain. The identity of the artist is unknown at the moment, but the mural can be found on Iturribide, a well-known street to all the heavy metal fans in Bilbao since some of the most popular heavy metal pubs have been located there since the Eighties. 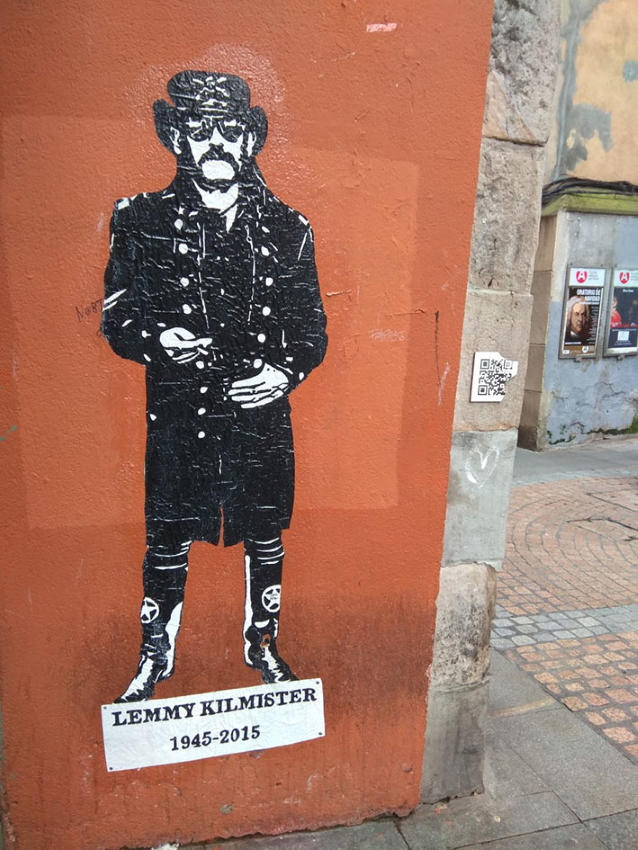