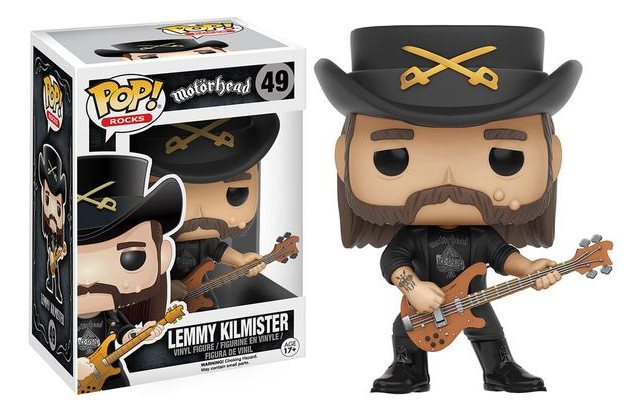 Funko will release a Pop! vinyl figure of MOTÖRHEAD legend Lemmy Kilmister in November. The figure stands 3 ¾ inches tall and comes in a window display box.

Mark Robben, the toy company's director of marketing, told Fuse about its über-successful Pop! line: "This is now no longer just a collecting thing that is really kind of niche. Now it's hitting everybody, there's literally a license for everybody. If you like Batman, of course we got that. But if you like Supernatural or Orphan Black, or something that's a little deeper and a little more narrow, we've still got it." Robben noted that the Golden Girls and Star Wars Pop! dolls are huge successes, and that a collection of Playmobil dolls are on the way.