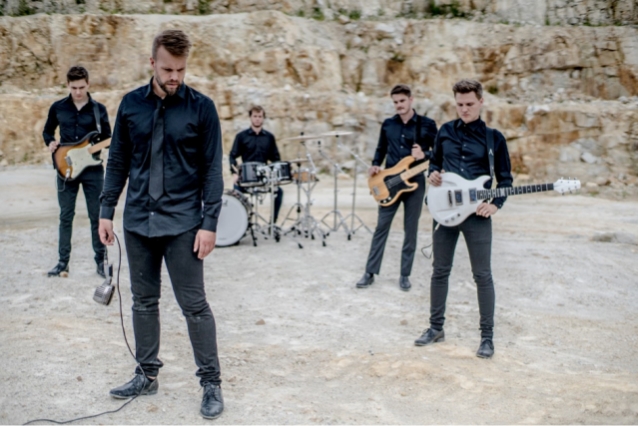 Norwegian rock outfit LEPROUS has released the official music video for its new single, "Below". The clip was directed by Dariusz Szermanowicz of Grupa13 (BEHEMOTH, KREATOR, AMON AMARTH) and filmed in Wroclaw, Poland. The song is taken from the band's sixth and most ambitious studio album, "Pitfalls", which is due on October 25 worldwide via InsideOut Music.

LEPROUS vocalist and keyboardist Einar Solberg checked in with the following comment about "Below": "'Below' was the first song written for the 'Pitfalls' album and it was composed in a period of denial of what was to come. It was a very spontaneous song, made first with only piano and vocals.

"'Below' is a very emotional and melancholic track, and it means a lot to me personally — both musically and lyrically. Large cinematic string arrangements, electronic elements, very acoustic and organic parts — all combined. Very epic but at the same time very fragile!"

LEPROUS recently performed a stunning set at Germany's Summer Breeze festival and used the opportunity to record a special acoustic version of the "Malina" track "From The Flame" for WDR "Rockpalast".