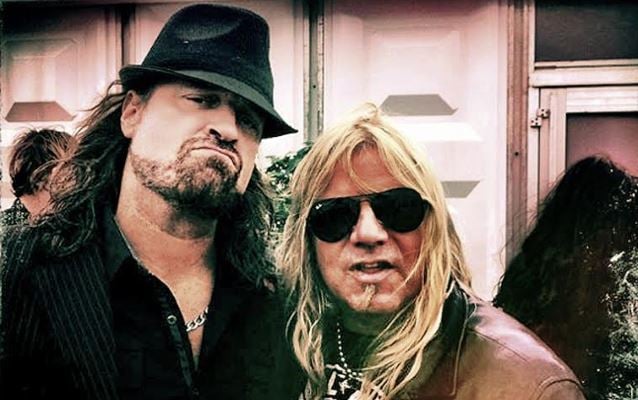 Frontiers Music Srl will release LEVEL 10's debut album, "Chapter One", in Europe on January 23 and in North America on January 27. The CD features 12 songs performed in a true metal style, with a distinctly contemporary edge.

LEVEL 10 was born out of a collaboration between American powerhouse singer Russell Allen (SYMPHONY X, ADRENALINE MOB, ALLEN/LANDE) and the acclaimed German producer/bassist Mat Sinner (PRIMAL FEAR, SINNER). The pair met a few times during the years and swore to each other to find the time to work together. That occasion finally came about when Frontiers president Serafino Perugino managed to connect with the two and get them committed to the creation of a new metal album which could meld the more contemporary and aggro sound of ADRENALINE MOB with the more traditional European power metal assault of PRIMAL FEAR.

Sinner quickly put together a killer lineup for the album, including his PRIMAL FEAR cohorts Randy Black (on drums) and Alex Beyrodt (on guitar) and called Roland Grapow (ex-HELLOWEEN) and Alessandro Del Vecchio (HARDLINE, VOODOO CIRCLE) to complete the lineup on lead guitar and keyboards respectively. On the songwriting side — besides the band members — the album also sees contributions from Magnus Karlsson, Carsten Schulz, Sander Gommans and Amanda Somerville.

While the actual recording took a long time due to the "day job" commitments from the various musicians involved in this release, the result is an outstanding and super-heavy — yet infectiously melodic — album. With Allen's over-the-top vocals and a powerful lineup second to none, the resulting CD is, from start to finish, a true delight for all heavy metal fans.

"The target was to write and record a traditional and powerful heavy rock album with some of the best players in this genre," says Sinner. "The result is just amazing. Russell's voice is in a fantastic shape, kick-ass songs and I'm really proud of the album!"

Russell Allen adds: "When Mat and I met many moons ago we became fast friends. He's a great talent and a great guy. We had talked about working together in some way and it took shape in the form of level 10. I'm very excited for the world to finally hear this great record!"

A trailer for the CD is available below. 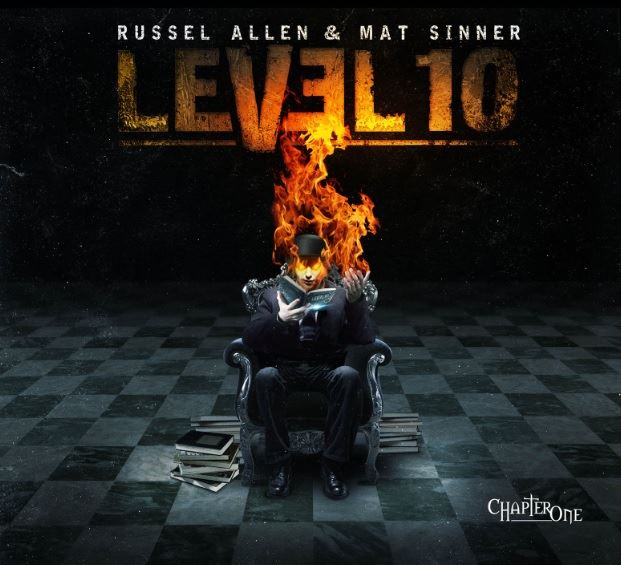