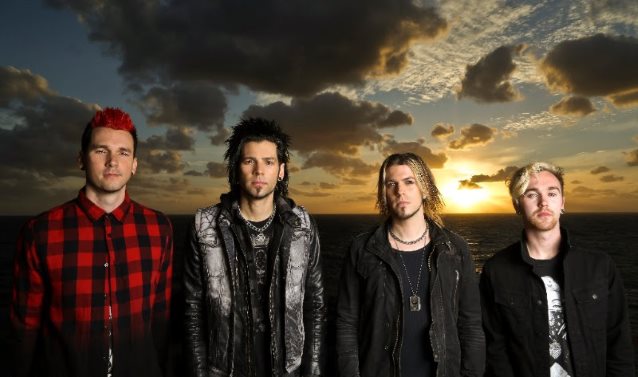 New Zealand hard rock/metal act LIKE A STORM has just released its formidable new single, "Pure Evil". The first offering from the band's upcoming record, "Catacombs", is already creating a buzz amongst their fans and musical peers alike.

"Pure Evil" was initially released to coincide with LIKE A STORM's recent European arena tour with ALTER BRIDGE, VOLBEAT and GOJIRA. But word spread about the new track, and it was picked up by radio stations across America — breaking into the U.S. rock Top 50 without even being released as a single.

As a result, "Pure Evil" has just become the fifth American Top 50 single in a row for LIKE A STORM — the first time in history that a New Zealand artist has achieved such consecutive success in U.S. rock radio.

The song itself, described as "seven minutes of pure art" by AltCorner, marks the next evolution of LIKE A STORM's sound — blending progressive metal's heavy riffage, double-kick drumming and soaring solos with haunting textures and an anthemic chorus.

"We got turned on to a lot of heavier music like DIMMU BORGIR and GOJIRA," says Kent Brooks, LIKE A STORM's bassist. "We've always loved writing music that's layered and epic, and wanted to keep pushing that."

Lyrically the song marks a turning point in LIKE A STORM's writing, addressing the dark side of religious and political power. Says guitarist Matt Brooks: "The coverups, scandals and exploitation that pervade the highest levels of church and government are just sickening. 'Pure Evil' seemed like the perfect way to sum up this absolute hypocrisy — these people appear so righteous, but at their core they are the worst of the worst."

LIKE A STORM will balance the recording of "Catacombs" with a busy international touring schedule — which includes headlining a stage at the U.K.'s iconic Download festival, and touring New Zealand and Australia with ALTER BRIDGE. U.S. dates are to be announced shortly. 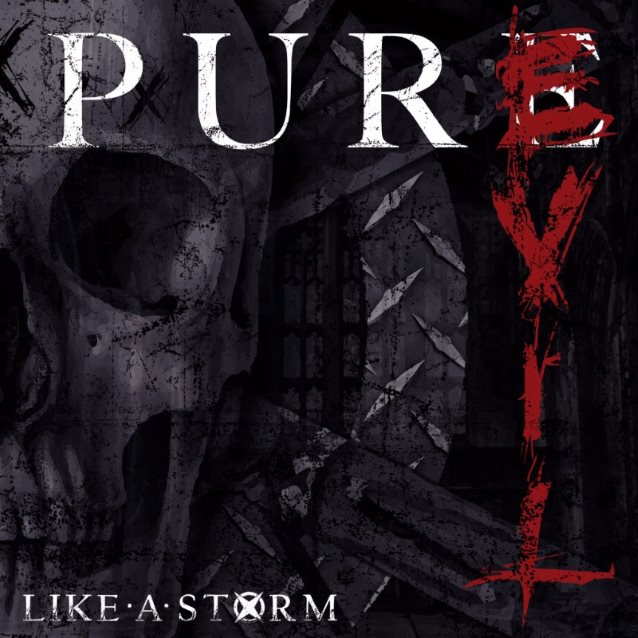