Blistering's U.S. office is located in Pittsburgh, Pennsylvania and the label is distributed domestically by Ryko.

LILLIAN AXE's new CD, entitled "Sad Day On Planet Earth", is described in a press release as "by far [the band's] strongest album, musically speaking. There are so many different-sounding songs that all forms of radio: Active Rock, Mainstream Rock and Metal radio will embrace this album."

All the album artwork is being created by Peter Tsakiris, who is a major force in the industry, having created album art for DIO, TWISTED SISTER, DEEP PURPLE, TED NUGENT, OVERKILL, JACKYL and WARRIOR SOUL, to name a few.

LILLIAN AXE will embark on a world tour in June in support of "Sad Day On Planet Earth", taking the band across the United States, Canada, Europe and Japan. 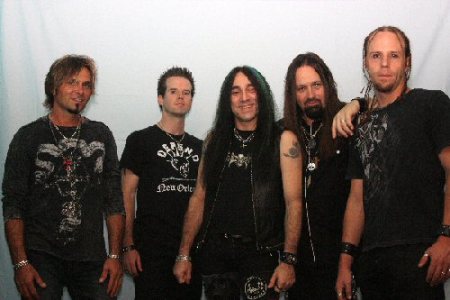