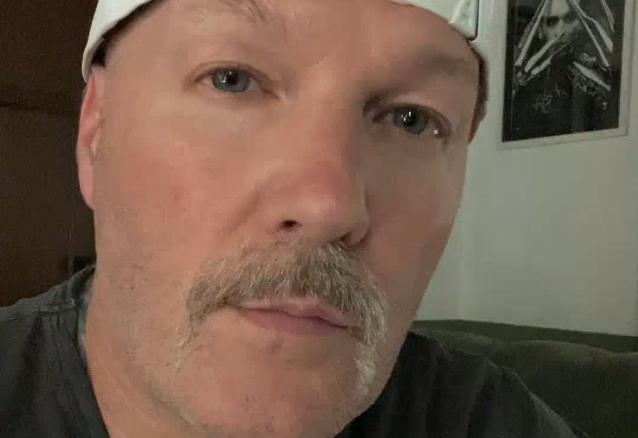 LIMP BIZKIT has been forced to cancel its previously announced European tour over "personal health concerns" related to the band's frontman, Fred Durst.

Earlier today (Sunday, July 17), Fred released the following statement regarding the matter: "For personal health concerns and based on medical advice given by my personal physician to take an immediate break from touring, LIMP BIZKIT will sadly have to postpone their 2022 UK and European tour. We truly apologise for any inconvenience this may cause to our loyal fans, promoters and support staff. Stand by for further news. Sincerely, Fred & LIMP BIZKIT".

Durst also shared a video message in which he elaborated on the reasons for LIMP BIZKIT's tour cancelation. He said: "Greetings to whoever is watching and to our fans in the U.K. and all across Europe.

"In preparation for the 2022 summer tour in U.K. and Europe, I have decided to do some tests to make sure I'm in good physical condition and everything's okay. And to my surprise, my doctor has decided to send me a letter telling me he would not like me to tour at this time and to stay close by to do some more tests. And that being said, this was very unexpected news and I'm so sorry and I look forward to making it up to you as soon as possible. And I can only thank you so much for your support. And I truly am grateful for everyone who was going to take their time out of their busy lives and come see LIMP BIZKIT perform this summer. And I look forward to making that up to you as soon as possible and I'm definitely already trying to think of ways to do that.

"I regrettably have to tell you that we're not gonna be able to make it at this moment, but I'm only wishing for the best and I know everything is going to be okay. And again, thank you so much for your support as we do love and cherish our connection with you more than anything on this planet. And we are really looking forward to seeing you and doing what we do, and you know what that is.

"Let's stay in touch. Let's figure out what the next steps are. And I'm already working on something to make it up to everyone in the U.K. and all over Europe.

"Thank you guys so much, and girls, and all the in between."''

LIMP BIZKIT's latest album, "Still Sucks", came out last October. The LP arrived two months after LIMP BIZKIT canceled all of its previously announced live appearances for 2021, explaining in a statement that it was doing so "out of an abundance of caution and concern for the safety of the band, crew and most of all the fans."

"Dad Vibes", which was originally premiered during the band's concert at Lollapalooza in July 2021, appears on "Still Sucks".

Prior to the arrival of "Still Sucks", LIMP BIZKIT had not released a new studio LP since 2011's "Gold Cobra", although the band has spent a lot of time writing and recording music over the past decade.