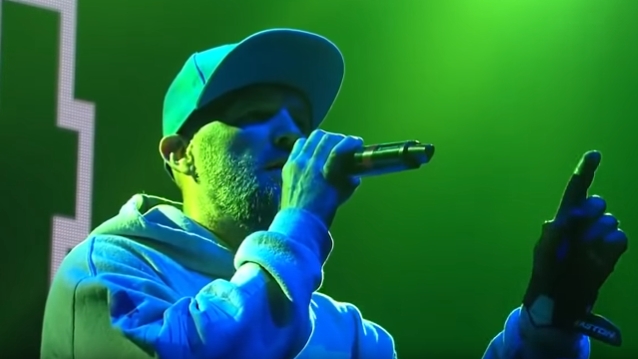 LIMP BIZKIT frontman Fred Durst is among the "Worst Director" nominees at the 2020 Razzie Awards. Also known as the Golden Raspberry Awards, the satirical annual event celebrates the "worst" films, actors, actresses and others in the industry from the past year.

Durst earned his nomination for his work on the movie "The Fanatic", which flopped spectacularly in theaters when it was releaed last August. On its first day, the film grossed a mere $3,153 from 52 theaters scattered across the U.S. for a location average of roughly $60. In a handful of theaters, it grossed $10 or less; the highest gross was $736 at the Arena Cinelounge in Hollywood.

Reviewers hadn't been kind to "The Fanatic", with Brian Tallerico of RogerEbert.com giving the movie zero stars and writing: "'The Fanatic' hates fans. It hates actors. It hates tourists, shop owners, and servants. It really, really hates autistic people. And it hates you. It's a movie that thinks you're an idiot, someone who won't see through its shallow provocations, illogical behavior, and vile misanthropy."

"The Fanatic" has a 17% critic score from 58 reviews on Rotten Tomatoes, an online review aggregation service that allows the public to score the movies alongside critics.

Travolta said that the LIMP BIZKIT frontman approached him with the idea of being in the film.

Other "Worst Director" nominees this year are James Franco for "Zeroville", Adrian Grünberg for "Rambo: Last Blood", Neil Marshall for "Hellboy" and Tom Hooper for "Cats".

"The Fanatic" received two other nominations at the Razzies, with Travolta up for "Worst Actor" and the movie itself competing for "Worst Picture".