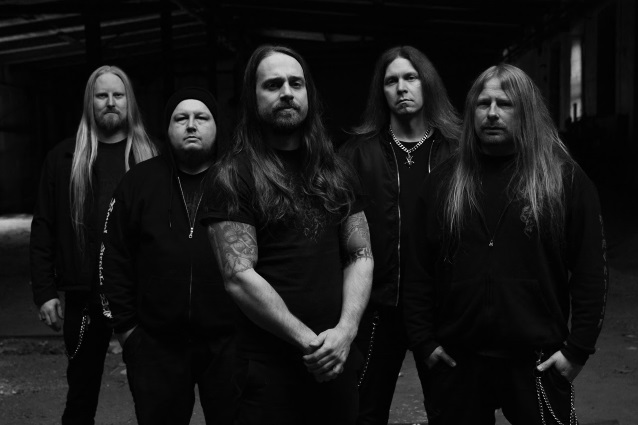 "Chaos Manifesto", the fifth studio album from Swedish old-school death metal tyrants DEMONICAL, can be streamed in its entirety below. The disc will be released on March 23 in Europe and April 27 in North America via Agonia Records.

DEMONICAL arose from the ashes of formerly disbanded CENTINEX in 2006, and in comparison to its older sibling, executes death metal in a far more impetuous and melodic manner. "Chaos Manifesto" is a testament to that statement. After nearly five years since the release of the last full-length album "Darkness Unbound" (2013),the Swedes — now led by a new prominent death growler Alexander Högbom (OCTOBER TIDE, CENTINEX) — continue the traditional DEMONICAL path with fierce HM-2-driven death metal of utter brutality, yet return in a partially new, yet fully fit five-piece lineup.

From the violent album opener "A Void Most Obscure", via melodic mid-tempo anthems "Towards Greater Gods" and "Välkommen Undergång" (the band's first ever track is Swedish),all the way to the final song "Nightbringer", DEMONICAL once again prove that they're a force to be reckoned with in the extreme metal scene. The five-year gap between albums has not made the band become stale in ideas either.

"'Chaos Manifesto' features some new elements and streaks the band hasn't explored before," comments bassist Martin Schulman. "We have tapped an award-winning Swedish producer and we are confident that the album — which summons bits and pieces from all our previous releases — will become an improved quality-related chapter for DEMONICAL, and push our Swedish death metal darkness to a new level".

"Chaos Manifesto" was recorded in 2017 and both mixed and mastered by Karl Daniel Lidén (TERRA TENEBROSA, CULT OF LUNA, KATATONIA). The album artwork was designed by Karmazid (URFAUST, WOLFBRIGADE, BLAZE OF PERDITION). Pehr Skjoldhammer of ALFAHANNE guest appears on vocals. 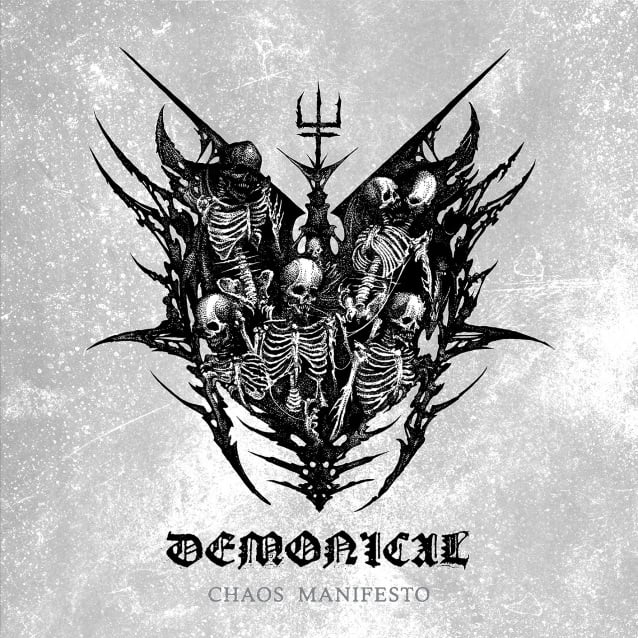