EVANESCENCE is back with a unique new single, "Use My Voice", out today via Sony.

Featuring a lineup of badass women who lent their voices to the anthemic chorus in the song, "Use My Voice" was written to celebrate the power of speaking out in order to promote more justice in the world.

EVANESCENCE singer Amy Lee said: "This is an era of awakening, and full of powerful beauty. I hope to inspire others to seek truth, find their own voices, and use them as I step up to use mine. Don't let anybody speak for you. Only you can do that."

Amy's top-notch crew of collaborators on "Use My Voice" are:

"Use My Voice" has been chosen by HeadCount in the USA to encourage voters to register, check their registration, or find out about their remote voting options amidst the COVID-19 pandemic at UseMyVoice.org.

"Use My Voice" follows "Wasted On You" and "The Game Is Over" as the third track to be released from "The Bitter Truth", EVANESCENCE's forthcoming new album, and their first containing all-new material in nearly a decade.

Lee told Loudwire about the musical direction of the new EVANESCENCE material: "It's a combination of a lot of things. It's definitely one hundred percent us, but it's also taking risks. And I think it's meaningful — it's deeply meaningful. But at the same time, a lot of it has attitude. I don't know if I can explain that super well, but some of our music is like that. If you can listen back and think about, especially some of the later music, like 'What You Want' or 'Call Me When You're Sober', there's a track or two in there that is the next step from that in its feeling, I would say." 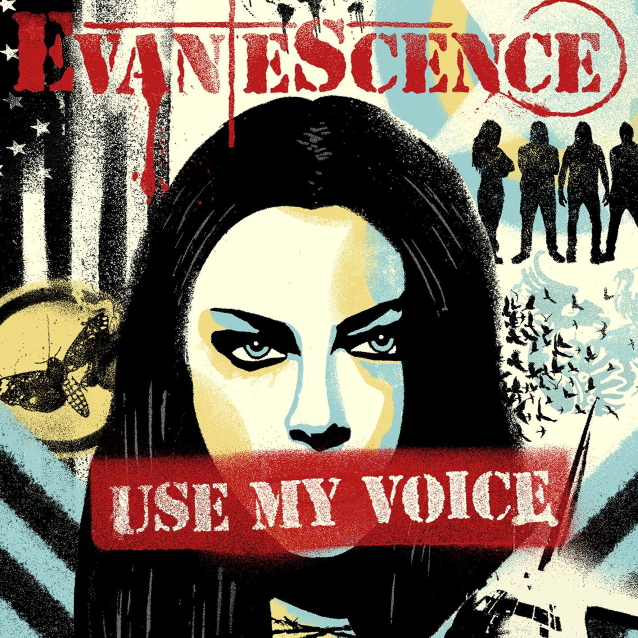