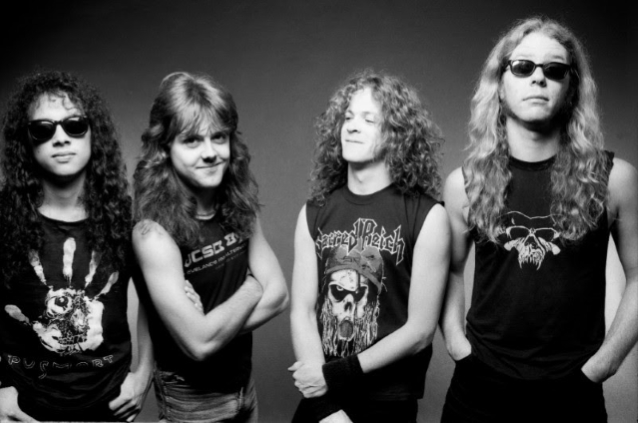 A "writing in progress" verson of METALLICA's "The Shortest Straw", recorded in December 1987 in drummer Lars Ulrich's garage in El Cerrito, California can be heard below. The track will be included on the 30th-anniversary reissue of METALLICA's breakthrough fourth album "…And Justice For All", due on November 2 via the band's own Blackened Recordings.

The re-release of "…And Justice For All" has been remastered for the most advanced sound quality overseen by Greg Fidelman, and will be available in multiple digital and physical configurations. Pre-orders begin today at Metallica.com where fans can see the full package details and track listing.

The Expanded Edition will include previously unreleased demos, rough mixes, previously unreleased live tracks, and an expanded booklet of never-before-seen Ross Halfin photos. The one-pressing-only Limited Edition Deluxe Box Set will include the remastered double 180g LP, a "One" picture disc, 3 LPs featuring their iconic performance from Seattle in 1989 remixed by Greg Fidelman, 11 CDs, 4 DVDs, a set of four patches, a Pushead print, a tour laminate, lyric sheets, a download card for all material in the set, and a deluxe 120-page book with never-before-seen photos and never-before-told stories from the people who were there.

"…And Justice For All" was originally released — despite what the Internet might tell you — on September 7, 1988, on Elektra Records.

"...And Justice For All" was Jason Newsted's first full-length album with METALLICA after he replaced late bassist Cliff Burton in 1986.

The album was the first by the band to sell more than a million copies and featured their first radio hit, "One", which was also the basis of the group's first music video.

The record was nominated for the first-ever Grammy for "Best Hard Rock/Metal Performance", but infamously lost to JETHRO TULL's "Crest Of A Knave".

In a 2015 interview with Ultimate-Guitar.com, one of the "...And Justice For All" album mixers, Steve Thompson, revealed that Ulrich was the culprit for the lack of any bass guitar on the record. Ulrich apparently wanted his drums to sound a certain way — even if it meant cutting out the bass.

Thompson explained: "We had to get the drum sound up the way he had it. I wasn't a fan of it. So now he goes, 'See the bass guitar?' and I said, 'Yeah, great part, man. [Newsted] killed it.' He said, 'I want you to bring down the bass where you can barely, audibly hear it in the mix.' I said, 'You're kidding. Right?' He said, 'No. Bring it down.' I bring it down to that level and he says, 'Now drop it down another 5 dB.' I turned around and looked at [guitarist/vocalist James] Hetfield and said, 'He's serious?' It just blew me away."

Thompson added that a terrific performance by Newsted was wasted due to Ulrich's meddling, saying: "My only regret is that we didn't have enough time to at least mix it the way we heard it… It was all there but I think they were looking for more garagey-type sound without bass. And the bass was great; it was perfect."

Thompson said that he spoke out because he was tired of being blamed for the lack of bass. He remarked: "They flew us out [to METALLICA's Rock And Roll Hall Of Fame induction in 2009] and I'm sitting with Lars. He goes, 'Hey, what happened to the bass in 'Justice'?' He actually asked me that. I wanted to cold cock him right there. It was a shame because I'm the one getting the shit for the lack of bass." 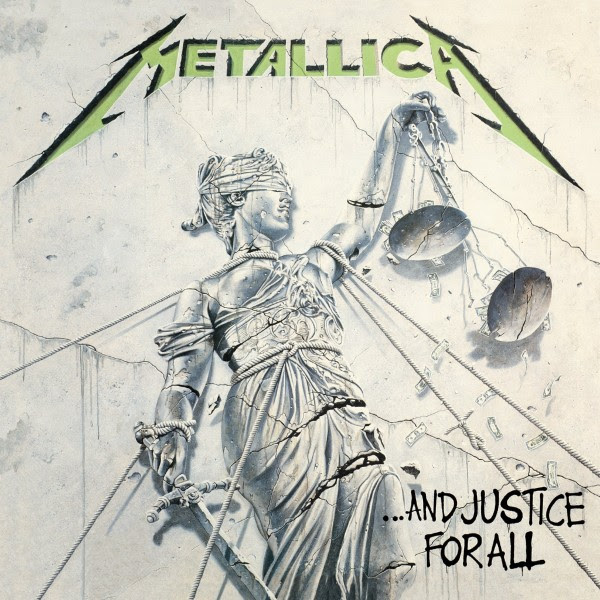 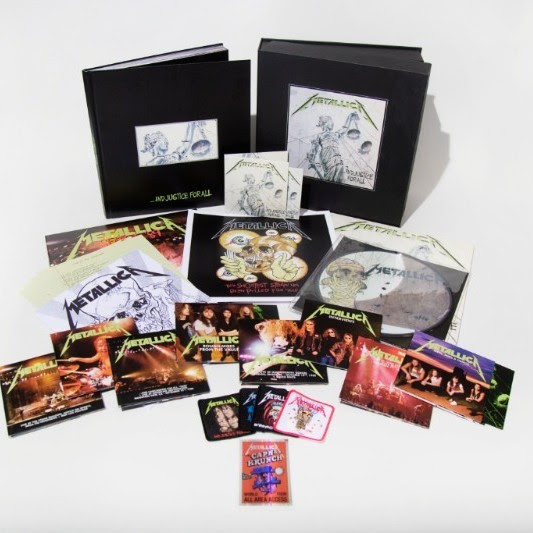