Listen To New GWAR Song 'I'll Be Your Monster'

GWAR's new song "I'll Be Your Monster" can be streamed below. The track is taken from the band's new album, "The Blood Of Gods", which will be released on October 20 via Metal Blade. The disc was produced, recorded, mixed and mastered by Ronan Chris "Lord God" Murphy and will be made available in standard CD, 2LP colored vinyl and digital formats.

Digital pre-orders come with instant downloads of "El Presidente" and "Fuck This Place".

"This record is gonna knock your socks off," says The Berserker Blothar. "I mean, I don't have feet, but I think that's a thing. It rocks! It is quite simply, the best collection of recorded music in the history of the world. Buy it. It will leave you feeling guilty and emotionally drained, but it feels good while you listen to it. I promise."

"The Blood Of Gods" track listing:

"The Blood of Gods" is nothing less than a sacred text chronicling the rise of humanity against their makers, and the massive battle between GWAR and the forces of all that is uptight and wrong with the world. Along the way, the band challenges the sins of their great mistake, from politics, pollution, and organized religion, to fast food, and factory farming. Humans are shown as what they are; a parasitic disease that must be eradicated before they suck the planet dry.

Sleazy P. Martini comments on "The Blood Of Gods": "Sorry, scoffers, you thought GWAR was finished? You're the one who's finished when GWAR starts their fall tour after dropping their heaviest album yet. 'The Blood Of Gods' will be the soundtrack that covers up your pathetic cries for mercy. So go ahead and scream all you want. Just make sure you're in key or your death will be excruciating beyond comprehension."

In support of "The Blood Of Gods", GWAR will return to the road on October 20, starting in their adopted home base of Richmond, Virginia and running through December 10 in Detroit, Michigan. 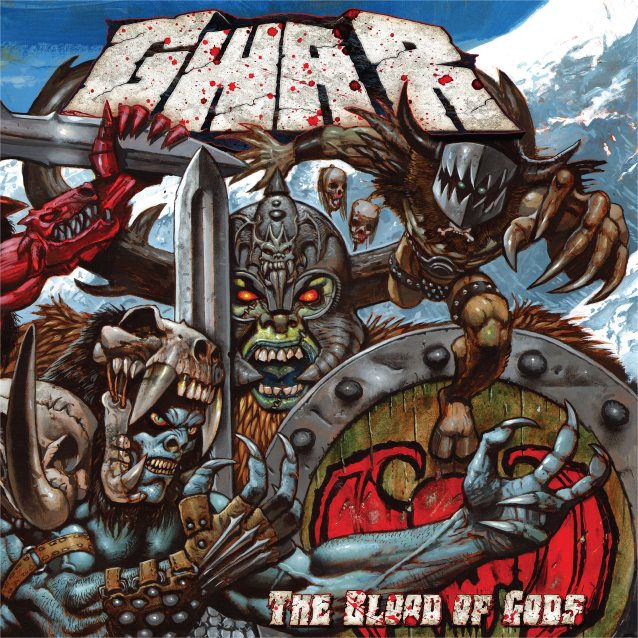