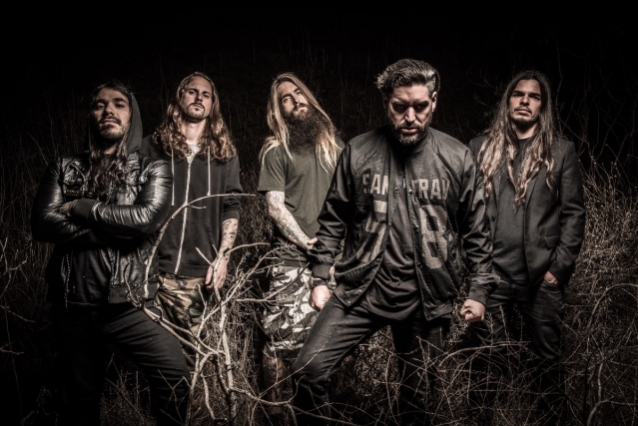 California-based extreme metal titans SUICIDE SILENCE will release their sixth studio album, "Become The Hunter", on February 14, 2020 via Nuclear Blast. The disc was produced by Steve Evetts (THE DILLINGER ESCAPE PLAN, SEPULTURA, HATEBREED) at The Omen Room and mixed by Josh Wilbur (TRIVIUM, LAMB OF GOD, GOJIRA). Ted Jensen (PANTERA, DEFTONES, SLIPKNOT) mastered the album at Sterling Sound Studios in Nashville, Tennessee. The artwork for the album was created by Adrian Baxter.

Two songs from the album, "Meltdown" and "Love Me To Death", can be streamed below.

SUICIDE SILENCE's latest, self-titled album came out in February 2017 via Nuclear Blast Entertainment. The CD was produced by Ross Robinson, who has previously worked with KORN, SLIPKNOT, LIMP BIZKIT and SEPULTURA, among others, and was mixed by Joe Barresi (KYUSS, MELVINS, TOOL, QUEENS OF THE STONE AGE).

The controversy over the album's sound — featuring a more melodic and clean singing style, in the vein of acts like DEFTONES and KORN — caused one disgruntled fan to launch a petition to stop the record coming out.

SUICIDE SILENCE's performance at the December 2015 benefit show in support of Mental Health America Of Los Angeles (MHLA) at The Observatory in Santa Ana was released this past July as the album "Live & Mental" via Nuclear Blast.