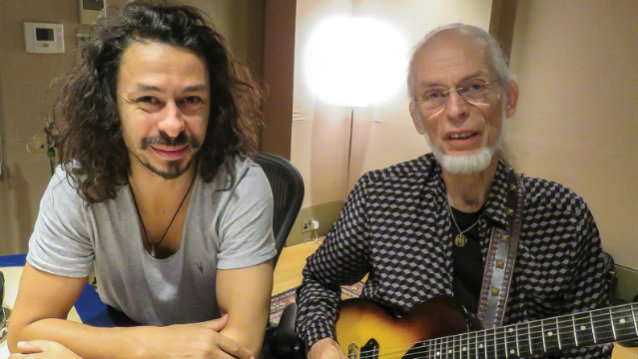 "Nexus", the title track of the collaborative album from YES guitarist Steve Howe and his late son Virgil Howe, can be streamed below.

On September 11, 2017, Virgil — Steve's youngest son — passed away unexpectedly at the age of 41. As a result, YES announced the immediate cancellation of the remaining dates of its "Yestival" tour.

Steve and Virgil's collaborative album, "Nexus", was completed before the tour started and was due out this year. Steve has decided to continue with these plans.

"Virgil and I had only recently completed recording 'Nexus', which contains eleven of his tunes to which I added a guitar to suit each one," Steve said. "We delivered it to InsideOut Music in August for release on 17th November.

"We started to work together in 2016 by selecting about nine tunes from his 'stockpile' of piano-based music that he'd periodically sent Jan and I each time he'd written and recorded a new idea. I began adding guitars to them, then I'd play them to Virgil. He'd then surprise me by bringing up other channels of instrumentation which I'd never heard. The tunes went from straightforward 'duets' to something bigger and better, more of a complete picture than a mere shape. 'Free Fall' and 'Nick's Star' were added from earlier sessions, the latter being his tribute to the passing of his best friend Nick Hirsch.

"'Nexus' explores a completely different side of Virgil's ability, as a writer and keyboard player — 'in his own right.' His talents were multi-diverse, so sitting at a keyboard and computer or in the middle of his drum kit, at all his regular DJ-ing gigs or on the radio, he always gave his best.

"We hope that the music just completed will stand as a fitting tribute to his life and legacy."

Thomas Waber, label manager/A&R international, and Stefan Franke, product manager at InsideOut Music, said in a statement: "The sudden passing of Virgil Howe deeply shocked the entire InsideOut Music team as it happened just a few hours after he had approved the first press release about 'Nexus'. It was supposed to be a new beginning for an exciting musical collaboration, but now it has become one of the saddest albums we have ever worked on.

"We left the decision over the release of 'Nexus' up to Steve and respect his wish to continue as originally discussed. Being fathers too, we can only guess how hard it must be to deal with such a loss and we sincerely hope you will all enjoy 'Nexus' despite the circumstances under which it is coming out. Our thoughts are with the Howe family during this difficult time."

From first hitting the keys of his father's Moog synthesizer at the age of four to playing in front of two hundred thousand people behind the drum kit for FUTURE SOUND OF LONDON's AMORPHOUS ANDROGYNOUS, Virgil leaves behind a prolific output that covered a wide range of genres from electronica to psychedelic sounds, from rock to synth and beyond. With his band LITTLE BARRIE he also was part of the score for the AMC TV series "Better Call Saul".

On "Nexus", Steve handled acoustic, electric and steel guitars whereas Virgil took care of bass, drums and all keys. The results are beautiful, diverse compositions varying between neoclassical elements, dreamy jazz, straightforward grooves and cinematic, spacey themes. "Nexus" is an instrumental album that impresses with its feeling and moods and unites two musician's individual biographies and styles as a fascinating whole. 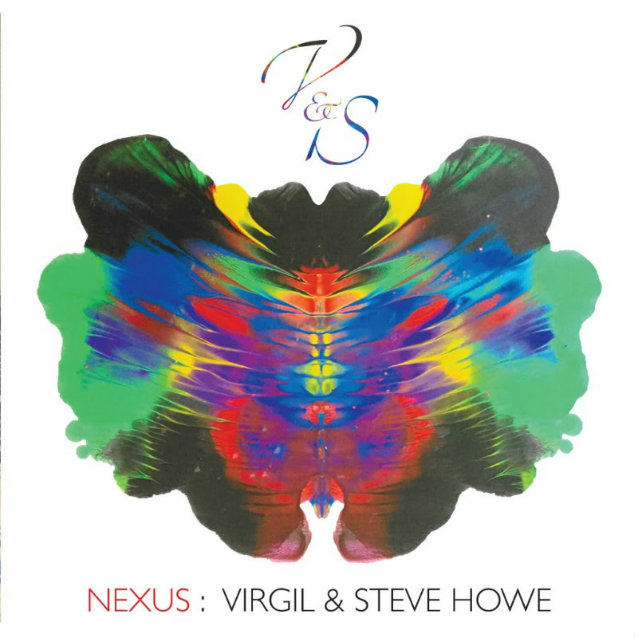