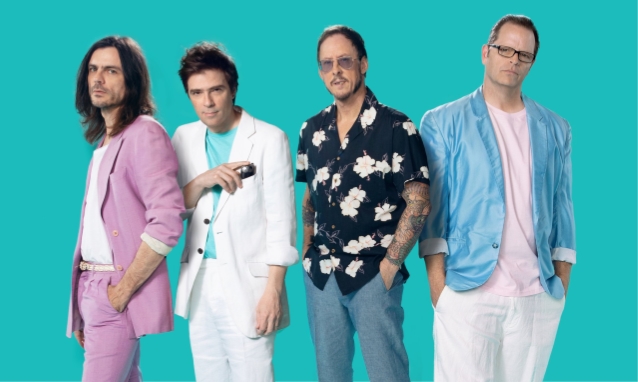 WEEZER has released its rendition of the BLACK SABBATH classic "Paranoid" as part of a surprise album of covers.

"The Teal Album" also features cover versions of such '80s hits as A-HA's "Take On Me", TEARS FOR FEARS' "Everybody Wants To Rule The World", THE EURYTHMICS' "Sweet Dreams (Are Made Of This)" and Michael Jackson's "Billie Jean" in addition to classics from the '60s and '70s like Ben E. King's "Stand By Me" and ELO's "Mr. Blue Sky".

A new album of WEEZER originals, "The Black Album", will arrive on March 1. Produced by TV ON THE RADIO's Dave Sitek, it includes the previously issued cuts "Can't Knock The Hustle" and "Zombie Bastards".

WEEZER will hit the road this spring for an arena tour with the PIXIES and is set to play Coachella's main stage in April.