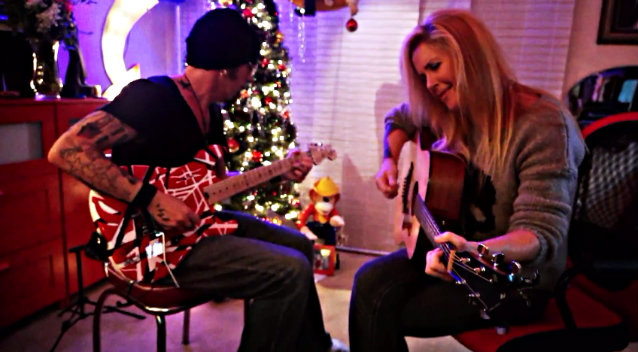 '80s hard rock queen Lita Ford has posted video of her Thanksgiving-Day jam. She writes on her Facebook page: "I went to my friend's house for Thanksgiving Day. His wife cooked a vegan meal. I am not a vegan, but sure enjoyed the meal, and especially the company. We drank wine and jammed! The ending of the song is hysterical."

Check out the video below.

Ford released a new live album, "The Bitch Is Back...Live", on November 5 in North America, on October 25 in Germany and on October 28 in the rest of Europe through SPV/Steamhammer. The disc features a recording of Lita's October 2012 performance at the Canyon Club in Agoura Hills, California.

The album was released as a digipak with a special booklet including fan photos and download.