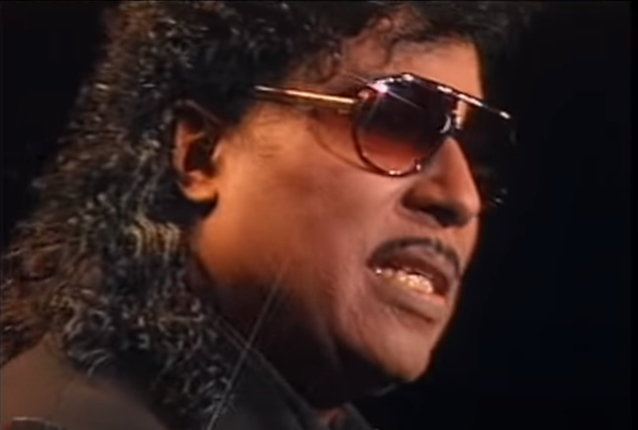 Rock legend Little Richard has died at the age of 87. His son, Danny Penniman, confirmed the musician's death to Rolling Stone, but said the cause of death was unknown.

In the early '50s, Little Richard Penniman combined the spirit of church music, the bawdiness of blues and the swing of New Orleans jazz and turned it into something altogether new, rock 'n' roll. When the Macon, Georgia native signed to Art Rupe's Specialty Records, Little Richard began to develop his signature sound and flamboyant persona. His legendary debut album, "Here's Little Richard" (1957), was a bold introduction to the artist, featuring the iconic tracks "Tutti Frutti" and "Long Tall Sally". His 1958 follow-up, "Little Richard", found the singer on his rise to superstardom, with hits like "Lucille", "Good Golly Miss Molly" and the title track of Jayne Mansfield hit flick "The Girl Can't Help It", in which Little Richard appeared. The artist's third and final album for Specialty, "The Fabulous Little Richard" (1959), was released soon after Richard had traded in a life of fame to focus on spreading the gospel. The LP featured standout tracks from Richard's 1955-57 Specialty sessions, including "Whole Lotta Shakin' Going On", "Lonesome And Blue" and "Kansas City".

Having taken several years out of the spotlight to focus on religion, Little Richard returned to his rock 'n' roll roots in the early '60s. This period kicked off with a successful European tour, followed by a new record contract with Vee-Jay Records. His first release with the label was 1964's "Little Richard Is Back", a triumphant collection of old favorites and new tunes, with a backing band that featured a young Jimi Hendrix on guitar. Richard's second and final studio release with Vee-Jay was 1965's "His Greatest Hits". Despite the name, this album is not a compilation, but rather features the singer revisiting his classic hits nearly a decade later, introducing new arrangements and instrumentation. By the end of his tenure on Vee-Jay, Richard had firmly cemented his status as a rock 'n' roll legend.