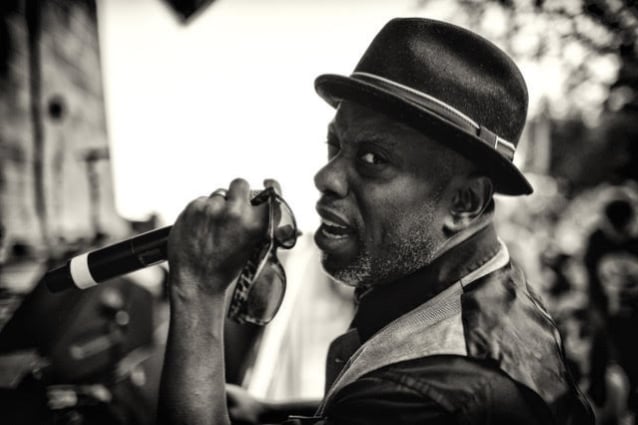 LIVING COLOUR frontman Corey Glover will perform a series of exclusive shows November 2-4 to continue the celebration of the 20th anniversary of his debut solo album, "Hymns". Describing the performances as an "intimate musical experience where fans can hear the songs from the first record as well as a few unexpected covers and LIVING COLOUR songs," Glover's East Coast dates will start in Mansfield, Ohio and end in Milford, Pennsylvania.

Following his solo appearances, Glover will rejoin LIVING COLOUR for a tour that kicks off with a much-anticipated concert with FISHBONE at the Brooklyn Bowl on November 6 before hitting New Zealand and Australia for a tour that will run from December 12 until December 22. During these shows, the multi-platinum band is expected to perform songs from their latest album, "Shade", as well as their other top hits.

"I can't wait to perform both in the U.S. and overseas," said Glover. "There's such a great energy that comes from playing for audiences all over the world. And to be able to experience this with various projects makes it all that much better."

One of Glover's newest projects is as a vocalist for the "Bowie Celebration" tour, which will kick off in Dublin, Ireland on January 9 and run through February 1, with shows throughout Europe including Paris, Vienna, and Berlin. This highly acclaimed show features key alumni musicians of David Bowie's bands from across the decades, anchored by his longest-standing member Mike Garson along with other amazing Bowie band alumni including Earl Slick, Gerry Leonard, Carmine Rojas and Mark Plati.

Glover has been called a true renaissance man. He not only fronts LIVING COLOUR, but he's also an accomplished actor. He has appeared in such films as "Platoon" and has starred in various television shows.